US Navy tests laser weapon in Gulf of Aden

The USS Portland fired the prototype laser at a floating training target, the Navy said in a statement. 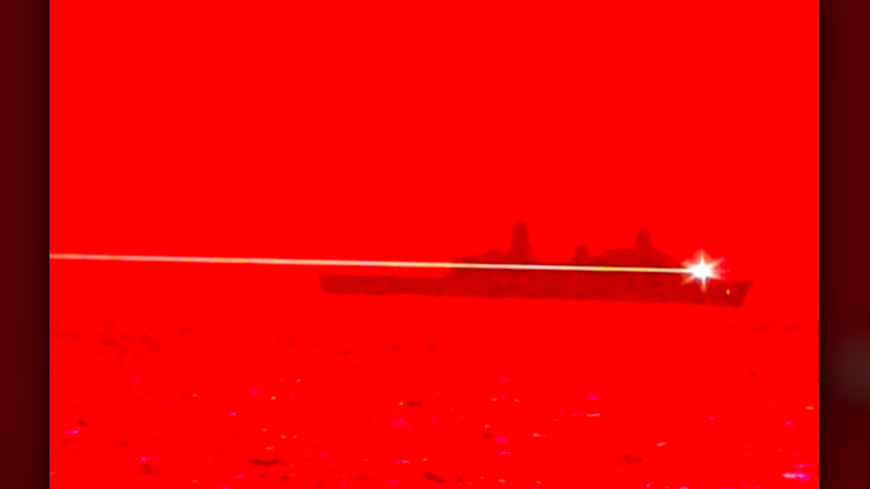 The US Navy’s 5th Fleet announced on Wednesday it had successfully tested a weaponized laser in the Gulf of Aden.

The USS Portland fired the prototype and “successfully engaged” a floating training target, the Navy said in a statement.

The Portland previously used the laser to disable an unmanned aerial drone in the Pacific Ocean last year.

The prototype weapon, the Solid State Laser-Technology Maturation Laser Weapons System Demonstrator (LWSD), is the next-generation version of the Laser Weapon System (LaWS) that was previously tested by the USS Ponce in the Middle East, according to the Navy.

The US military has been testing new weapons and remote monitoring systems in the Middle East in response to Iran’s rapid development and use of drone, ballistic and cruise missile technology in recent years.

Tehran’s advances mean the US military no longer has complete air superiority in the region, the head of US Central Command told Congress earlier this year.

The Gulf of Aden is home to key smuggling routes for Iran’s Islamic Revolutionary Guard Corps to provide equipment to Yemen’s Houthi rebels. The Houthis have also deployed remotely operated explosive boats in the Gulf with the suspected assistance of Iran.

The Houthis continue to launch missiles and drones into Saudi Arabia in response to Riyadh’s leading role in the Gulf coalition supporting the Yemeni government-in-exile.

The US 5th Fleet has worked with governments in the region to increase security Middle Eastern sea lanes to combat smuggling and other subversive activities.