The United States and United Kingdom touted a small win for regional security cooperation ahead of President Joe Biden's trip to Saudi Arabia next week. 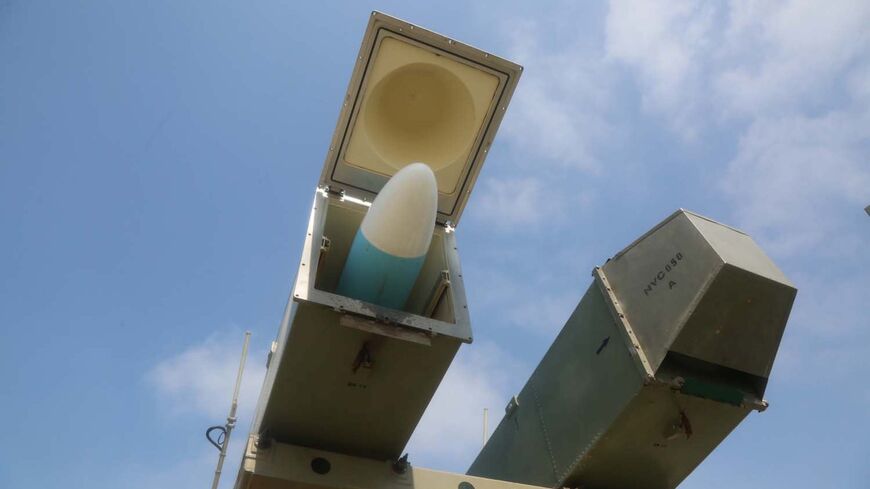 A handout picture provided by the Iranian army on Sept. 11, 2020, shows an Iranian Ghader missile before its launch during the second day of a military exercise in the Gulf, near the strategic strait of Hormuz in southern Iran. - Iranian Army office/AFP via Getty Images

A British warship seized shipments of Iranian cruise and surface-to-air missiles in the Gulf of Oman for the first time earlier this year, the UK Defense Ministry revealed today.

The HMS Montrose seized one shipment from smugglers on Jan. 28 and a second on Feb. 25, both in international waters off the coast of Iran.

The operations were carried out in the early morning hours after the crew of a Wildcat helicopter assigned to the Montrose spotted speedboats departing the Iranian coast with “suspicious cargo on deck,” according to the UK Defense Ministry.

During the February seizure, the Montrose had support from the USS Gridley, an accompanying US Navy destroyer and its MH-60 Seahawk helicopter crew.

In both incidents, UK Royal Marines approached and boarded the smugglers’ boats and uncovered “dozens of packages containing advanced weaponry” that were later determined to be rocket engines for Iranian-made 351 land-attack cruise missiles and a cache of 358 surface-to-air missiles.

“The weapons were seized along routes historically used to traffic weapons unlawfully to Yemen,” the US Navy said in its statement on the interdiction, citing UN Security Council Resolution 2216.

Why it matters: The UK Royal Navy’s first-ever haul of smuggled Iranian missiles may be just a drop in the bucket in the arms flow to the Houthis, but it’s being touted as a win for the Pentagon’s efforts to enable allies to share the burden of patrolling Middle Eastern waters.

“The area is so vast that we can’t just do it alone,” Vice Adm. Bradley Cooper, the commander of US naval forces in the Middle East, told reporters earlier this year.

Iran continued to ship arms to Yemen’s Houthis even as the Biden administration curtailed its own military assistance to the rebels’ main enemy, the Saudi-led Gulf coalition. The warring sides finally reached a cease-fire in April that will expire in August if not renewed.

The Biden administration has at times appeared reluctant to publicly point the finger at Tehran for the activities of its proxy group in the region, perhaps due to concerns that criticism could derail mediated talks with Iranian officials in Vienna over a return to the 2015 nuclear deal.

Some top US military brass, including the new commander of US forces in the Middle East Gen. Michael “Erik” Kurilla, have advocated a different approach, telling lawmakers earlier this year that calling out Iran publicly has a dampening effect on proxy attacks on the region.

What’s next: After promising to make Saudi Arabia a “pariah” on the campaign trail, President Joe Biden will meet with Arab Gulf leaders for the first time in Jeddah next week in a bid to repair ties.

Israeli officials are pushing for the United States to spearhead a regional alliance that would include joint air defense cooperation against Iran, which boasts the largest array of cruise and ballistic missiles in the region.