Public Security Minister Omer Bar Lev instigated an argument within the coalition over settler violence, and whether it is an expanding phenomenon or just marginal incidents. 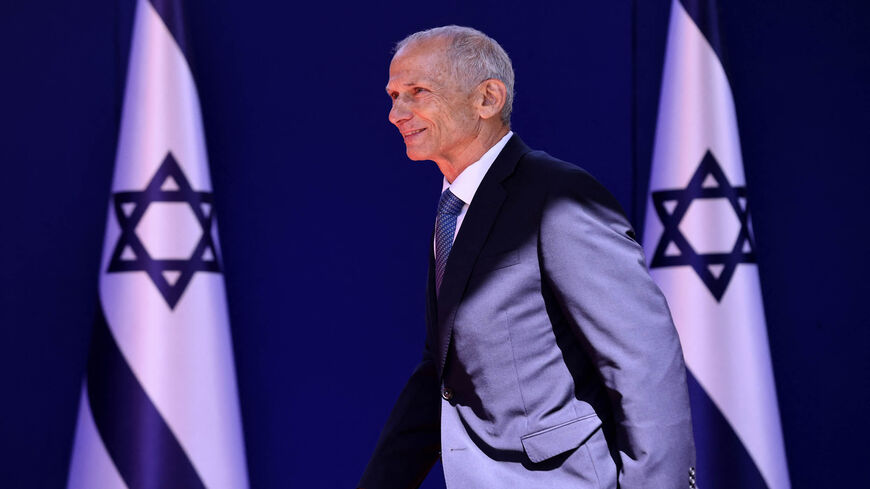 Israeli Minister of Public Security Omer Bar Lev arrives for a photo at the president's residence during a ceremony for the new coalition government, Jerusalem, June 14, 2021. - Emmanuel Dunand/AFP via Getty Images

Public Security Minister Omer Bar Lev triggered a major uproar this week, with members of the coalition and even of the Cabinet joining forces with the opposition in a series of scathing attacks against him. The furor was instigated by a Dec. 13 meeting he had with US Undersecretary of State Victoria Nuland, during her visit to Israel. He followed up this meeting by tweeting, “She asked, among other things, about settler violence, how tensions in the region can be reduced and how we can help strengthen the Palestinian Authority.”

It was a brief tweet, but it inevitably aroused the wrath of major figures in the settler movement, not to mention the political right. They protested the broad generalizations he allegedly made about an entire sector of the population.

As a result of this tweet and the responses it elicited, the media spent the rest of the week focusing on the term “settler violence” against the Palestinian population of the West Bank. The right claims that such violence is marginal, arguing it does not compare to the many acts of violence committed by Palestinians. Just yesterday, on Dec. 16, an Israeli from the Shavei Shomron settlement was killed and two others were injured in a shooting attack on the illegal outpost of Homesh in the West Bank.

Even coalition partners on the right were infuriated by Bar Lev’s tweet. It led to a Twitter war between Bar Lev and Cabinet members from Yamina and the New Hope party. Interior Minister Ayelet Shaked (Yamina) responded almost immediately, writing, “You’re confused. The truly shocking violence is the many dozens of cases of rocks and Molotov cocktails being thrown at Jews just about every day.” Minister of Religious Affairs Matan Kahane, also of Yamina, wrote, “It is sad to see that someone with years of experience in security and defense accepts a false narrative, especially one as distorted as this.” Minister of Communications Yoaz Hendel of the New Hope party followed suit, telling the news site Ynet that Bar Lev’s remarks cast an “eclipse [on the truth].”

Even Prime Minister Naftali Bennett responded to Bar Lev’s tweet by calling settler violence a “marginal phenomenon.” He tweeted, “Every sector has some marginal phenomenon or other of its own. Every means at our disposal must be used to deal with them, but we must not make generalizations about an entire sector of the population.”

It should be noted that the prime minister’s remarks condemning “generalizations about an entire sector of the population” do not align with a generalization he himself made as recently as 2016, when he served as head of the HaBayit HaYehudi party and as minister of education. Back then, he tweeted, “Only someone to whom this country does not belong is capable of burning it down.” He was reacting to a wave of forest fires raging across Israel at the time, insinuating that the Arab sector was responsible for the fires. In other words, nothing prevented him from determining that these fires were the result of arson committed on nationalist grounds, even though the police had, at the time, already determined that there was no evidence that the fires were set intentionally for nationalist motives.

These attacks on Minister Bar Lev from members of his own government were joined by members of the opposition. The head of the Religious Zionist party Bezalel Smotrich was especially harsh in his response: “You are absolutely despicable. You are spilling the blood of thousands of settlers and participating in a false and antisemitic campaign to denigrate them.” He continued with a backhanded attack on Shaked, his former colleague in HaBayit HaYehudi, saying, “And thank you to Ayelet Shaked. It is because of her that you are a minister in the first place.” Amichai Chikli, who votes with the opposition, even though he was elected on Bennett’s own Yamina list, responded with a curt tweet of his own: “Bar Lev is the worst minister of internal security ever.”

The head of the opposition, former Prime Minister Benjamin Netanyahu, released a statement of his own attacking Bar Lev on behalf of the Likud and accusing him of, “… defaming Israel in a diplomatic meeting by speaking about ‘settler violence,’ instead of the growing wave of Palestinian terrorism. The Bennett government continues to veer off the tracks.”

Bar Lev didn’t back away. On the contrary. He went so far as to suggest that his critics calm down and drink a glass of water: “I realize it’s hard for those of you who hold a mirror to your faces. You ignore the fact that news of violence by extremist settlers is making its way around the world, and foreign government are asking about it. I’d suggest that anyone who has a hard time with it drink a glass of water.”

The real question is whether the current turmoil within the government threatens the fragile coalition’s stability. Actually, a source in the Public Security Ministry, who asked not to be named, told Al-Monitor that this battle of tweets between the ministers does not pose any such threat. “The minister will not walk back his remarks. The issue was raised by the undersecretary of state, while most of the conversation focused on other issues with a focus on diplomatic affairs and internal Israeli politics. Obviously, the content of the minister’s tweet did not include any generalizations whatsoever about one sector or another. The members of the coalition, who are expressing their opinions about this, are falling into a hole that they dug for themselves. We don’t understand why they are so worked up.”

At the same time, it also seems as if the debate over Bar Lev’s remarks has had an impact on people not directly involved in politics. Meital Bonchek is vice president of the Briah Foundation and a feminist activist, who lives in the settlement of Ma’ale Adumim. She told Al-Monitor, “Minister Bar Lev’s crude semantic generalization about all the settlers was infuriating. He chose language that instilled hatred against a group of citizens, the vast majority of whom are opposed to violence. Palestinians come to our town to shop, receive medical services and just to visit. They are received here with respect and good-neighborliness, despite the terrorist attack in the local mall just a few years ago. The dissonance between day-to-day life on the ground and the political discourse continues to astound me.”

Author and activist Limor Moyal had an opposing view. She is a cofounder of the “Democrats” movement, which released a statement that read, “Settler violence is just a symptom. The disease is the occupation itself.” Moyal told Al-Monitor, “It is time to call the child by its name: setter violence! It exists and it is growing by the day.”