Despite their dismantling by Israeli security forces, hundreds of Jewish settlers are determined to stay at seven makeshift outposts across the West Bank. 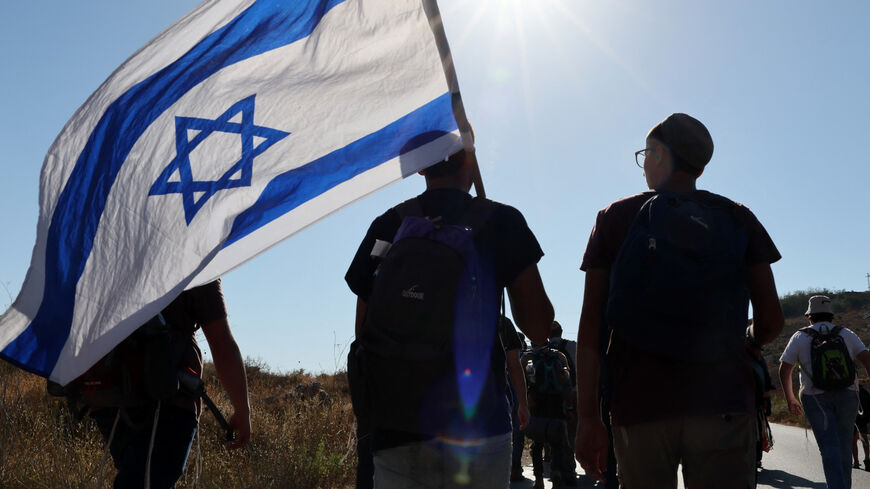 Jewish settlers gather as they try to establish a settlement outpost near the already established settlement of Barkan in the occupied West Bank on July 20, 2022. - JACK GUEZ/AFP via Getty Images

The Nahala settlement group had been preparing to set up the outposts for several months, collecting some five million shekels and organizing conferences and meetings in homes of activists. The project was designed to embarrass then-Prime Minister Naftali Bennett and his pro-settler Yamina party, which is part of the coalition.

Defense Minister Benny Gantz said on Tuesday that he had instructed security officers to prevent the establishment of the outposts. In a joint statement issued on Wednesday, the Israeli police force and the IDF said they were “working to prevent the establishment of illegal outposts” in several locations, adding that the head of IDF Central Command had issued closure orders for the sites in question.

Yesterday thousands of activists arrived at the locations in buses, most of them young people but also families with children. Clashes erupted during the night and this morning in the vicinity of the Barkan settlement. The activists claimed three people were hurt in altercations with security forces. Reportedly, 11 activists were detained for a few hours by security forces.

Hundreds of activists reportedly remain at one of the illegal encampments — on a hilltop outside of the settlement of Kiryat Arba, the oldest West Bank settlement. The activists apparently set the tents back up after the security forces had dismantled them. The Nahala group claims that close to one thousand people including 55 families are present at the site, dubbed Hill 26.

Another site that attracted hundreds of activists is a hilltop in the Bruchin region. Head of the opposition Religious Zionist party Bezalel Smotrich arrived at the scene last night with another party member, Simha Rotman.

Posting a video of clashes between the settlers and police officers, Interior Minister Ayelet Shaked, who heads the coalition Yamina party, tweeted, “Again violence (against) settlers. The police should save their energy for eradicating real crime in the country. The wonderful youth who enlisted in the middle of summer vacation to settle this country are a real inspiration, and their dedication serves as a guarantee that Zionism will overcome any challenge or crisis, internal or external. Be strong and courageous!”

Slamming Shaked for her support of the illegal operation, Public Security Minister Omer Bar Lev responded, “A senior government minister should not encourage — at the expense of dedicated police officers — breaking the law and criminal activity. And this only because she is desperate to curry favor with her political base, in the hope to pass the Knesset entry threshold. The minister knows only too well that the criminal activities she is encouraging divert the IDF and the police from carrying out their duties and undermine the security of the State of Israel.”

A July 20 European Union report on Israeli settlements in the West Bank, including east Jerusalem, notes, “In comparison to the previous year, 2021 experienced an even higher rate of settlement units advancements.”