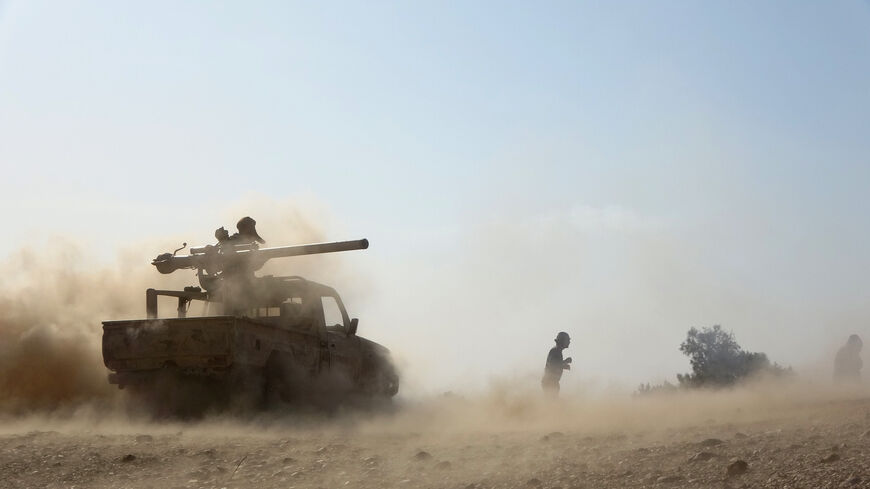 The coalition said it launched a “large-scale military operation” against the Houthis, including some 40 strikes against rebel targets in Yemen’s north, Saudi Arabia’s Al-Ekhbariya TV reported on Saturday.

The Riyadh-led coalition also launched strikes on what it said was a Houthi military camp in the rebel-held Yemeni capital, Sanaa, on Saturday.

“The operation in Sanaa was an immediate response to an attempt to transfer weapons from al-Tashrifat camp in Sanaa,” the state-run Saudi Press Agency said.

One of the two people killed was a Saudi citizen; the other was a Yemeni national living in the city of Jizan, according to Saudi state media. Houthi spokesman Yehia Sarie claimed Saturday that his side had fired three ballistic missiles into Jizan against “sensitive” targets.

The attacks are the latest volley in tit-for-tat attacks between the Gulf military coalition and the Iran-backed Yemeni rebels.

Late last week, the Riyadh-led coalition said it struck sites at a Houthi military camp in Sanaa. The Houthis claimed the Saudi-led strikes hit a children's hospital in the Sabaeen neighborhood as well as a prison holding some 3,000 coalition war prisoners.

The week prior, the coalition bombed sites at Sanaa’s international airport, saying the targets were facilities for storing and guiding armed drones. The Houthis said the strikes took the airport out of action, halting delivery of United Nations humanitarian aid.

Col. Turki al-Maliki, spokesman for the Saudi-led coalition, accused the Houthis of using Sanaa airport as a base for launching projectile strikes into Saudi Arabia. The coalition said the strikes targeted military sites in accordance with international law.

The conflict has ground to a near-stalemate, though fighting continues in some areas, including over control of the government-held oil-rich enclave of Marib. The Houthis have captured a majority of the country’s other population centers.

The United States, which has armed and advised the Saudi-led war effort since 2015, backed off its support for offensive coalition operations in Yemen earlier this year under the direction of US President Joe Biden.

US officials have said Saudi Arabia is now able to knock down roughly 90% of the projectiles with Washington’s defensive military support.