The UN envoy for Yemen said the recent escalation was "among the worst" seen in the conflict in years. 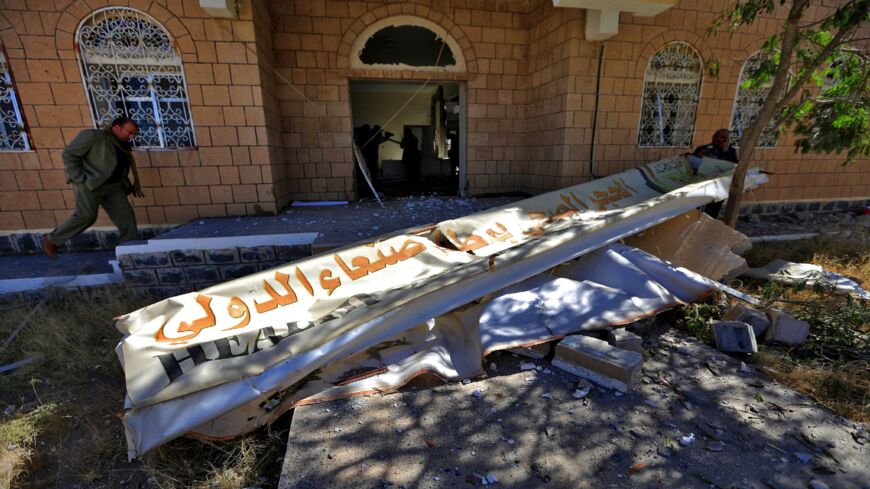 Airport workers inspect the damage to the quarantine building of the Houthi rebel-held Yemeni capital's Sanaa International Airport on Dec. 21, 2021, following a reported airstrike by the Saudi-led coalition. - MOHAMMED HUWAIS/AFP via Getty Images

The authority said in a statement to Houthi-run SABA news agency that “communications and navigation devices” at the airport “have been temporarily repaired.”

The rebel administration on Monday said the UN had been informed of the restoration of runway use but added that “long-term operation” of the new equipment was “not guaranteed given how old they are,” the Houthis’ Al-Masirah TV reported.

The rebels accused the Saudi-led coalition of disabling the airport in a series of strikes on facilities there last week. The airfield has been closed to civilian air traffic since 2014 but remains an occasional entry point for international humanitarian aid entering the war-torn country.

The coalition also said the strikes would “have no effect on the operational capacity of the airport” and would not “affect air traffic management” or “ground handling operations.”

Coalition spokesperson Col. Turki al-Maliki accused the Houthis of using the airport for military purposes, including as a base for launching missiles and drones into Saudi Arabia.

The Houthis continue to launch regular drone and ballistic missile attacks into Saudi Arabia from Yemen in response to Riyadh’s military support for the Yemeni government, which was ousted from Sanaa by the Houthis in 2015.

The United States has scaled back its military support for the Riyadh-led war effort but continues to provide support for Saudi Arabia to defend its airspace. US officials have said in recent weeks that the Gulf coalition is now shooting down some 90% of Houthi projectile attacks.

The Houthis have not taken up an offer put forth by Riyadh earlier this year for a cease-fire. The rebels have demanded a full lifting of the Saudi-led blockade on Yemen, but Iranian weapons shipments to the rebels have not stopped.

The UN’s special envoy to Yemen, Hans Grundberg, urged both sides to de-escalate on Tuesday following a spate of airstrikes on one side and missile and drone attacks on the other.

Grundberg said in a statement that the recent escalation in fighting in the conflict was “among the worst we have seen in Yemen for years and the threat to civilian lives is increasing.”

“Airstrikes on Sanaa have resulted in loss of civilian lives and damaged civilian infrastructure and residential areas,” Grundberg said, expressing further concern about the Houthi offensive in Marib province and Houthi attacks into Saudi Arabia.

“Any targeting of civilians and civilian objects as well as indiscriminate attacks by any actor is a flagrant violation of international humanitarian law and must stop immediately.”