The kingdom is asking allies to resupply its Patriot missile munitions as Riyadh and Yemen's Houthis trade bombardments. 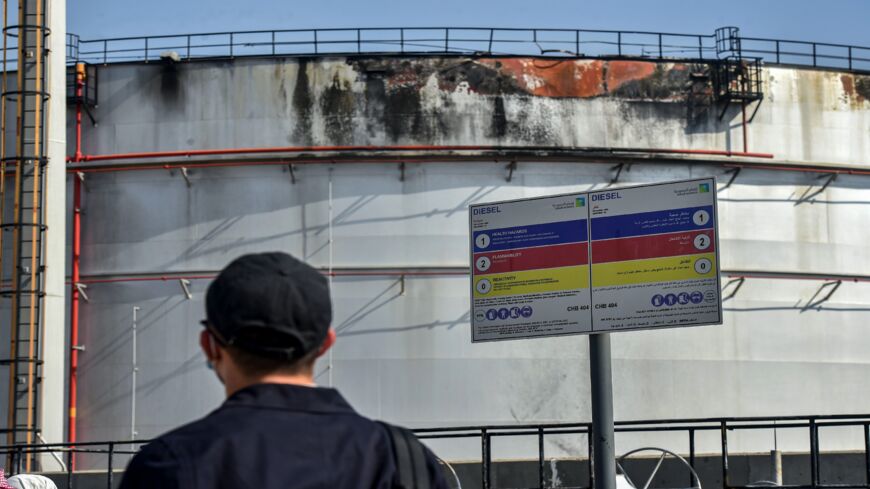 A man looks at a damaged silo a day after an attack at the Saudi Aramco oil facility in Saudi Arabia's Red Sea city of Jeddah, on Nov. 24, 2020. Yemen's Houthi rebels launched a missile attack on the facility on Nov. 23, triggering an explosion and a fire in a fuel tank, officials said. - FAYEZ NURELDINE/AFP via Getty Images

Saudi Arabia is pressing allies to supply additional missiles for its US-made Patriot air defense systems as its conflict with Yemen’s Houthi rebels once again intensifies.

Riyadh has asked both the United States and the European Union to provide additional munitions for its Patriot systems, The Wall Street Journal reported today.

The request comes as missile and drone attacks from Yemen into Saudi Arabia have spiked in recent months, with more than 20 drone strikes and 10 ballistic missile strikes landing in both October and November of this year, according to the report, which cited a Saudi government official.

The Saudi-led coalition announced today it bombed Houthi military targets in the Yemeni capital, Sanaa, after the rebels launched a barrage of drones and ballistic missiles into the kingdom.

The Houthis claimed Tuesday they had launched several missiles and 25 armed drones, including targeting Saudi Aramco facilities in Jeddah.

Yesterday, the coalition said it had intercepted a ballistic missile over Riyadh. Video footage appearing to show the intercept circulated on social media.

On Sunday, the coalition said it had intercepted four Houthi drones fired toward the kingdom’s south. The coalition also said four ballistic missiles were fired toward Yemen’s Marib province, where an ongoing battle between Yemeni government forces and the Houthis has intensified in recent weeks.

The Saudi-led coalition has ramped up airstrikes in Yemen in recent weeks, hitting what it said were military targets in Sanaa as well as around Marib and in Hodeidah amid reported advances by government troops.

The city of Marib remains one of the final holdouts of the Yemeni government of President Abed Rabbo Mansour Hadi, who was forced into exile in Riyadh in 2015 following a Houthi uprising.

The Zaidi Shiite rebels have captured most of Yemen’s population centers despite years of Saudi-led and US-enabled bombing and coalition support for Yemeni government forces on the ground.

Under pressure from his own political allies, President Joe Biden promised to end US support for the Saudi-led war effort, but his administration has continued to provide defensive support to the kingdom.

The Biden administration has sought to end the Yemen war diplomatically, but the Houthis have not taken to a cease-fire proposal put forth by Saudi Arabia earlier this year. The rebels have demanded the coalition fully lift its blockade of Yemen.