The detection of Omicron in Saudi Arabia comes days after the kingdom suspended flights to 14 African countries. 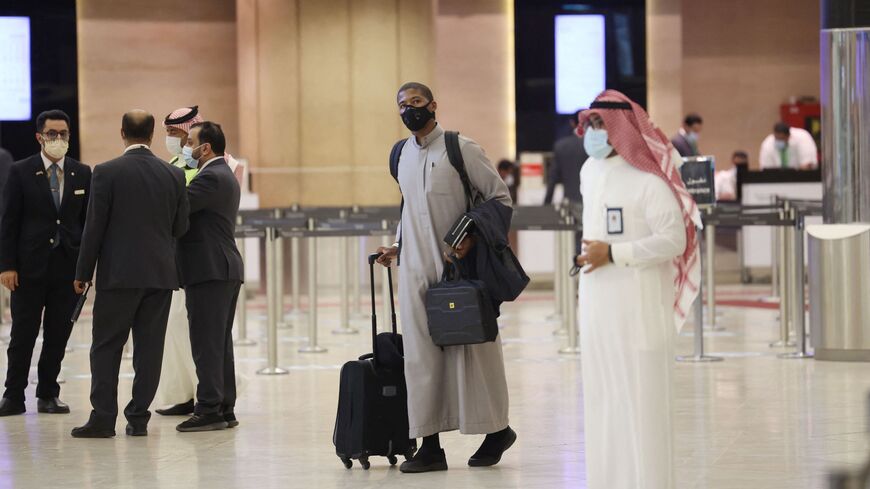 Saudi passengers arrive to King Khaled International airport in the capital Riyadh on May 17, 2021, as Saudi authorities lift travel restrictions for citizens immunized against COVID-19. - FAYEZ NURELDINE/AFP via Getty Images

The state-run SPA news agency quoted a Saudi Health Ministry source as saying the case was detected in a "citizen arriving back from a North African country." The individual is in quarantine and an epidemiological investigation is underway, SPA reported.

Under new travel rules, non-Saudis are banned from entering the kingdom if they have visited any of the listed African countries in the 14 days prior to their arrival. Saudi citizens and expats who are permitted entry must quarantine for five days.

Since Omicron was first identified in South Africa last month, the variant has spread to more than 20 countries, over half of them in Europe. On Tuesday, Dutch scientists confirmed Omicron had emerged in the Netherlands before flights from South Africa arrived at Amsterdam's airport on Nov. 26.

Several Middle East states, including Qatar, the United Arab Emirates, Jordan, Kuwait, Bahrain and Egypt, have imposed new border controls and travel restrictions on southern African countries, even as questions remain over where the new variant originated and whether it is more transmissible.

Morocco has banned all incoming flights for a two-week period to “preserve the achievements realized by Morocco in the fight against the pandemic, and to protect the health of citizens,” the Foreign Ministry said.