Israel has announced a two-week ban on foreign nationals entering the country and Morocco has banned all incoming flights. 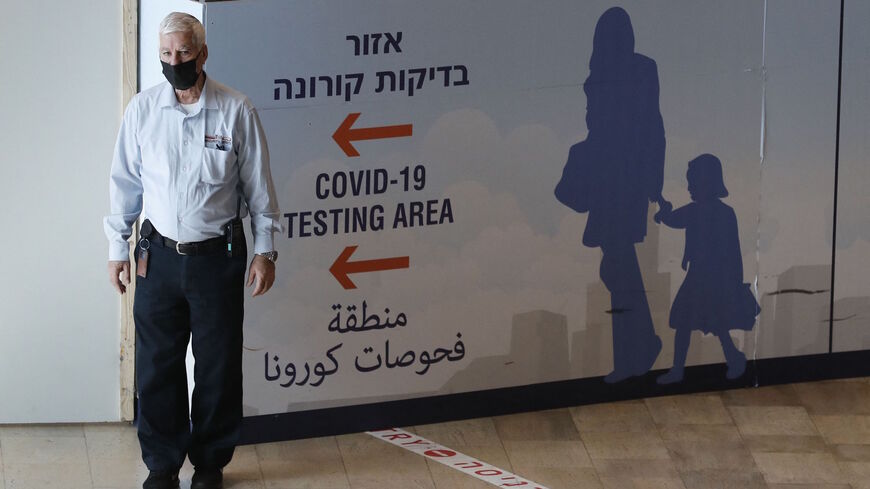 The emergence of a new variant of COVID-19 prompted a fresh round of travel restrictions and border closures in the Middle East as scientists race to learn whether Omicron is more transmissible than other strains.

On Friday Israel identified its first case of the variant that was discovered in South Africa and has now been detected in more than a dozen countries. Israel, which reopened to vaccinated tourists a month ago, has now announced a 14-day ban on foreign nationals entering the country. The Shin Bet internal security service will use cellular location data to trace the contacts of those who are diagnosed with the Omicron variant.

New entry rules are also in place for Israeli citizens, who must take a COVID-19 test at Ben Gurion Airport upon arrival and then undergo home quarantine even if they are vaccinated. The Israeli government has also banned its citizens from visiting 50 African countries on its “red list.” Doing so without special permission can result in a $1,570 fine.

Morocco has banned incoming flights for the next two weeks, with the Foreign Ministry tweeting they are suspended in order to “preserve the achievements realized by Morocco in the fight against the pandemic and to protect the health of citizens.” Israel's flagship air carrier El Al will reportedly organize a special flight from the Moroccan city of Marrakech to bring home stranded Israelis.

The World Health Organization warned on Monday that the risks posed by Omicron are “very high,” but that it’s not not clear whether Omicron is more transmissible or whether it causes more severe illness than other variants.

On Friday, Saudi Arabia suspended inbound and outbound flights from South Africa, Namibia, Botswana, Zimbabwe, Mozambique, Lesotho and Eswatini. On Monday, the Saudi government said beginning Dec. 4 travelers “from all countries” will be able to enter if they have received at least one vaccine dose in the kingdom.

The UAE, which said last week that 100% of its population had received at least one coronavirus vaccine dose, urged residents to get a booster on Sunday.