Israel bans travel to US as omicron variant spreads

Israeli citizens are barred from traveling to the United States and more than 50 other countries without explicit permission. 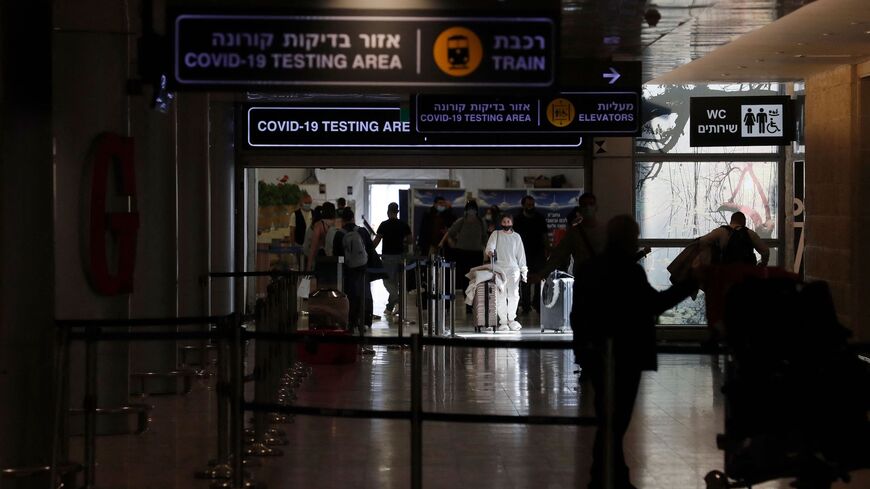 Israel has banned travel to the United States and nine other countries experiencing a surge of coronavirus infections caused by the fast-spreading omicron variant.

The roster of more than 50 high-risk countries had already included the United Kingdom and most of Africa. This is the first time the United States has appeared on it.

The latest variant now accounts for some 50% of infections in the United States. On Sunday, US chief medical adviser Anthony Fauci warned that omicron is “going to take over” as the dominant strain this winter.

Beginning Tuesday at midnight, Israeli citizens must obtain special permission from a government committee to travel to the United States or other countries on the no-fly list. Those returning from red-listed countries are subject to quarantine restrictions upon arrival.

“The time that we bought is running out,” Bennett said in a televised news conference on Sunday, adding that Israel has likely entered its fifth wave of the virus.

Israel's Health Ministry has registered 175 omicron cases, including 40 on Sunday, since the variant was first detected last month. The country has recorded 8,232 deaths since the start of the pandemic.

Some 5.8 million out of 9.3 million Israelis are fully vaccinated. Of that group, more than 4.1 million have received a booster shot. Children ages 5 to 11 are eligible for vaccines, and some 60,000 children have received jabs.

“The way is to delay the rate of spread as much as possible and use the time we are buying to vaccinate the children of Israel as quickly as possible,” Bennett said Sunday.