Qatar is pursuing energy deals with Cyprus against the wishes of its ally Turkey. 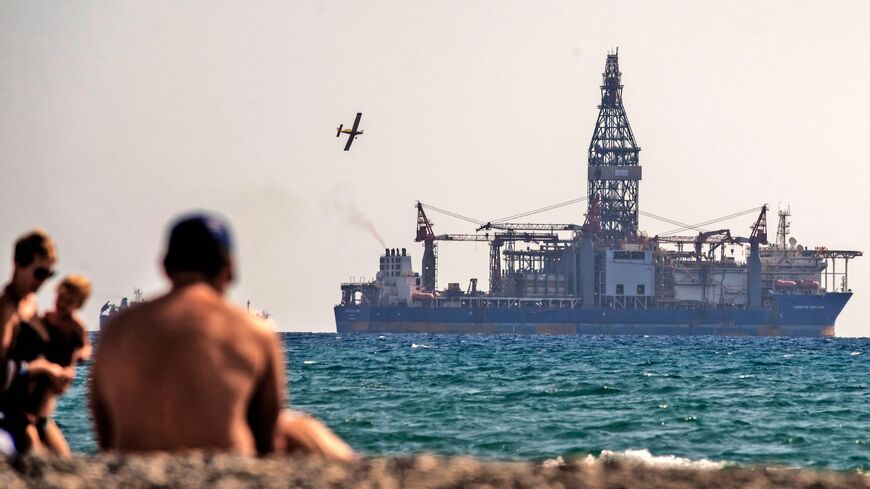 A drilling ship is seen off the Cypriot coastal city of Larnaca on Nov. 3, 2021. - IAKOVOS HATZISTAVROU/AFP via Getty Images

Qatar’s state-owned oil company signed an offshore energy exploration agreement today with the government of the Republic of Cyprus.

A group of "comprising affiliates” of QatarEnergy along with US energy giant ExxonMobil signed the agreement with Cyprus. The deal pertains to energy exploration and production sharing in the Block 5 maritime area southwest of Cyprus in the Mediterranean Sea, the official Qatar News Agency reported.

This is the second time QatarEnergy has entered into an energy-related agreement with the Cypriot government. They inked a similar deal in 2017 after finding gas in an offshore field in 2019, according to the agency.

The agreement is extra significant because of both countries’ relationship to Turkey. Qatar is a major ally of Turkey. Turkish President Recep Tayyip Erdogan visited Doha earlier this week and signed a flurry of cooperation agreements with Emir Sheikh Tamim bin Hamad Al Thani.

Turkey is currently conducting energy exploration in parts of the eastern Mediterranean claimed by Cyprus and Greece. Turkey is the only country in the world to recognize the Turkish Republic of Northern Cyprus while The Republic of Cyprus claims sovereignty over the entire island.

Turkey is not happy about Qatar’s energy-related cooperation with Cyprus. The Turkish Ministry of Foreign Affairs issued a vague threat against “unauthorized hydrocarbon exploration activities” in Turkish waters last week in response to the news that Qatar was awarded exploration rights in Block 5.

Qatar is one of the largest energy producers in the world and is particularly rich in natural gas.