Former Prime Minister Benjamin Netanyahu is aggressively campaigning against a bill proposed by the Bennett coalition to enable judges to block violent posts on social media. 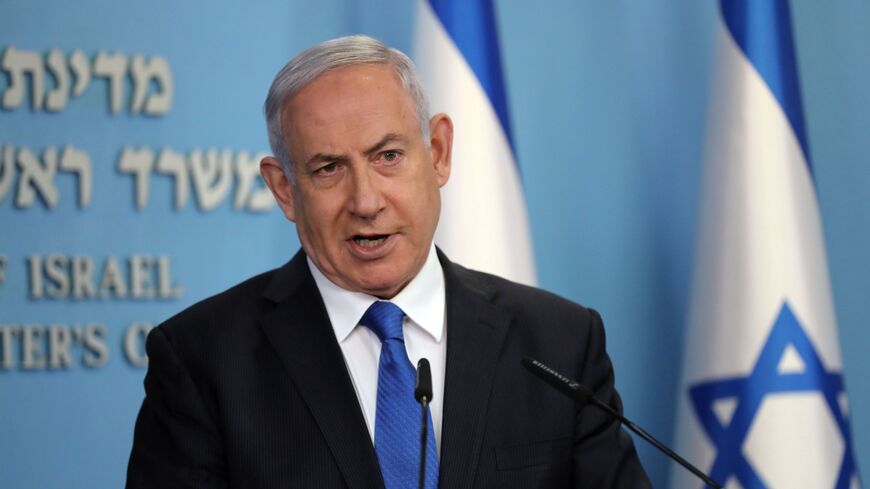 Israel’s parliament approved ​​​​​​ a bill that would allow authorities to remove certain posts supporting illegal activities from social media at a preliminary reading Dec. 8. During the stormy Knesset debate, Opposition Chairman Benjamin Netanyahu banged on the table and hissed, “I want to tell you how absurd and dangerous this is. Have you forgotten that we are a democracy? This is terribly dangerous.”

“It’s a law to shut up those of us Right-wingers,” added Religious Zionist Chairman Bezalel Smotrich. “First you took control of most of Israel’s institutionalized media, now you want to become the censors of the social networks — which is the only place that the Right, the state’s National Zionist camp, can express itself freely — now you want to stifle this too. … You’ll label everything we say as incitement or violence.”

Knesset member Meir Yitzhak Halevi, who submitted the bill, leads the lobby for eradicating violence in the social networks. He is also a member of New Hope party, established by Justice Minister Gideon Saar, who is one of Netanyahu’s bitter enemies. This fact, of course, added to the sense of persecution of the former prime minister and of the entire right-wing camp.

The legislation, nicknamed “the Facebook law,” is a new version of a bill that Netanyahu blocked in 2018 when he was prime minister. Two of his ministers at the time submitted it: then-Justice Minister Ayelet Shaked and then-Public Security Minister Gilad Erdan. Netanyahu argued that the bill impeded free speech, and was able to block it due to his control of the political system.

Now, more than three years later, a weakened Netanyahu in the opposition is forced to renew his war against the law.

According to the proposal, a judge could direct a website to remove specific content from the internet under the following circumstances: if the judge is convinced that a criminal offense was committed via the content publication; or if the judge feels that the publication almost certainly endangers the mental health of a person.

The bill is controversial because of its vague wording. In addition, it gives absolute power to judges to determine what is “freedom of expression.”

From the explanation of the bill: “There are those who take advantage of the internet to commit crimes, such as: publicity involving incitement to violence and sexual crimes; publicity involving unjustified attacks on a person’s privacy; publicity that undermines a person’s dignity, or embarrasses him or her…Efforts to eradicate these kinds of phenomenon cross all borders, requiring cooperation between governments who have different legal approaches and methods. The State of Israel has also had to cope with this phenomenon recently, thus requiring a broadening of legal tools to cope with it.”

Netanyahu has created a multi-media empire in recent years. He has active accounts with millions of followers on Facebook, Twitter, Telegram, and TikTok. It is not just a question of communication, but also part of his years-long campaign. Netanyahu claims that mainstream media is against him, but he maintains a direct, daily dialogue with his supporters via social networks.

Therefore, immediately after the bill was passed, Netanyahu began an aggressive social media campaign. In addition to short videos in Hebrew, he also disseminated some in English in which he warns against blows to Israel’s democracy. Millions of followers, in Israel and outside Israel, are exposed to these.

In a video clip from his speech at the Knesset, Netanyahu is heard saying, “Social networks are the only space left, where the Right still enjoys freedom of expression against the media, which is at the service of the Left. But just like we don’t send out judges to listen in to every conversation between two people, we also don’t need to send a judge to censor the social networks. Because a blow to freedom of expression on the social networks is a deadly blow to democracy.”

In another Twitter post, Netanyahu said in English, “The current government did something unbelievable today. They passed the first reading of a bill in the Knesset that would censor the internet and private citizens. I’m not sure there another democratic government in the world that does something so undemocratic…The Bennett-Lapid government is seeking to censor social networks, which are today's public square, the only place left where the right still has freedom of expression.”

“Netanyahu has absolute control over the social networks, and this bill could harm his marketing strategy," digital strategist Itay Tsamir told Al-Monitor. "The moment his action space is being narrowed, his ability to maximize his media power is reduced. That is why he is crying out against the bill, including in English.”

Netanyahu has a large audience of English speakers, Tsamir said, "but he does not have many opportunities to brand himself a democrat and as a knight of freedom of speech. In this case, he identified an opening – an opportunity to champion this cause and to generate positive interaction with the English-speaking world.”

According to Tsamir, “As far as Netanyahu is concerned, these messages are also directed at the people controlling the social networks. It is super strategic on his part to have a good relationship with them. We all saw what happened to [former President Donald] Trump who got into arguments with them, and what happened to [President Joe] Biden who took their side. I think that Netanyahu understands this on a deep level.”

In order for this bill to be enacted, it must be approved as a second and a third hearing at the Knesset. We are not there yet. Still, if approved, it would turn Israel into one of the first democracies to instill such aggressive supervision over network activity.