After years of absence, two female candidates from the Kakai minority managed to reach the Iraqi parliament following the fifth Iraqi legislative elections held on Oct. 10 for the provinces of Ninevah and Kirkuk. 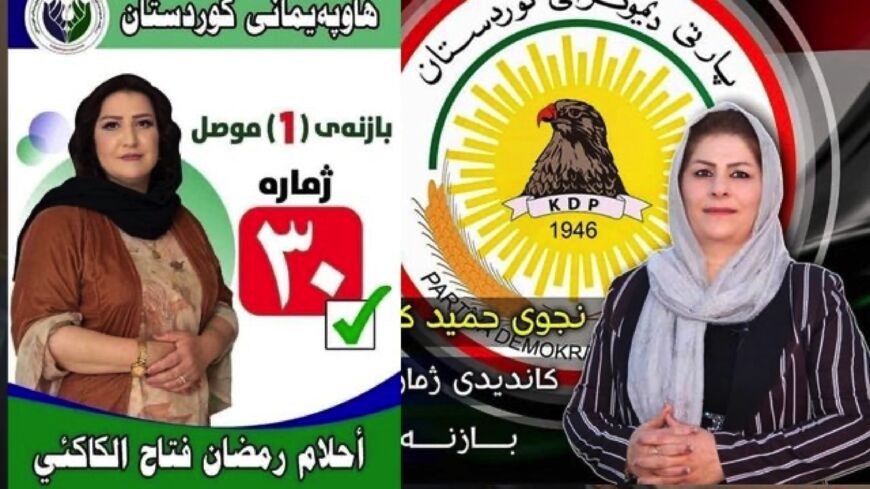 The Kakais eagerly kept a close eye on the results of the October parliamentary elections, which represented a pivotal turn for the minority since it was the first time in Iraq's history that two female Kakai candidates secured seats in parliament.

No Kakai has ever made it to parliament since the first parliamentary session in 2005, especially since no quota has been allocated to this community, as is the case with other Iraqi minorities.

Iraq's parliamentary elections law allocated nine seats for religious and ethnic minorities within the quota system: five seats for Christians, and one seat each for Yazidis, Sabians, Shabaks and Feyli Kurds. But no seats were allotted to Kakais.

Kakais are one of the ancient components of Mesopotamia. About 25,000 Kakais currently live in several regions in northern Iraq, specifically in Ninevah, Kirkuk, Diyala and Halabja.

The Kakai religion is known as one of brotherhood. Its followers have another common name, which is Yarsaniyya, or Ahl al-Haqq. One of the most prominent male rituals of this minority is never shaving their mustaches, which has always distinguished them in appearance.

Kakais have complained of political neglect since 2003 amidst their repeated demands for their political rights. They've had no political representation that suited their aspirations until the recent elections, with the Iraqi state not constitutionally recognizing Kakai as a religion (they are still registered as Muslims).

He added, “The presence of two female parliament members gives us a feeling of effective political participation through party lists, and this allows us to have a broader political space to talk about our problems in Iraq and motivates other Kakais to engage in politics.”

Rajab noted that Hamid and Ramadan are affiliated with specific parties, and it is only natural for them to represent these parties first and foremost. But, he added, they can also communicate the suffering and demands of the Kakai community to the Iraqi parliament.

Meanwhile, Hamid, the winning candidate for Kirkuk who works as a specialized administrative supervisor in the education department in the governorate, told Al-Monitor that she will speak up for Kirkuk and all of its components.

She noted that this victory was the result of the efforts of the KDP masses and the Kakai component in Kirkuk, “thanks to which I had the honor of reaching parliament to represent them as the first Kakai after four electoral cycles.”

Speaking about the first steps she will be taking, Hamid said that she will work to allocate a seat for the Kakais like the other religious minorities, while obtaining constitutional recognition for the Kakai component would be the next goal.

Hamid underlined her intention to defend Kakai rights with the assistance of members of the KDP bloc, who she says will not fail in this regard.

Samira Karimat, a Kakai feminist and activist, told Al-Monitor, “The participation of two Kakai women in the early elections of 2021 represents the Iraqi government's interest in women in general and recognition of Kakais in particular and their role in the success of the political process. This is an implicit recognition by the two largest Kurdish parties of Kakai women.”

She added that Hamid and Ramadan will be able to secure Kakais’ rights in the Iraqi Constitution and obtain a quota for Kakais similar to other religious minorities.

Karimat pointed out that two women making it to the Iraqi parliament is an excellent step. “We hope they will get the support they deserve as effective elements in the upcoming political process.”

Riad al-Hamdani, a journalist specializing in the affairs of Iraqi minorities, told Al-Monitor that it is very significant to have Kakai parliament members, as this could be a great opportunity for them to prove their presence in Iraq.

He called on keeping Hamid and Ramadan out of the political conflicts that exist around Kakais between the Kurdish parties and giving them a chance to prove themselves and show what they can offer to a component that has been politically marginalized for many years.

Hamdani believed that having Kakais in parliament is a new opportunity that may encourage other minorities to engage more in Iraqi political affairs, especially since not one but two Kakai women have succeeded in securing parliamentary seats that were limited to certain minorities such as Christians and Yazidis.

Kakais hope that their presence in the Iraqi parliament will bring about opportunities to obtain adequate protection in the coming period, especially as they are exposed to terrorist attacks by the Islamic State from time to time in Diyala and Kirkuk. 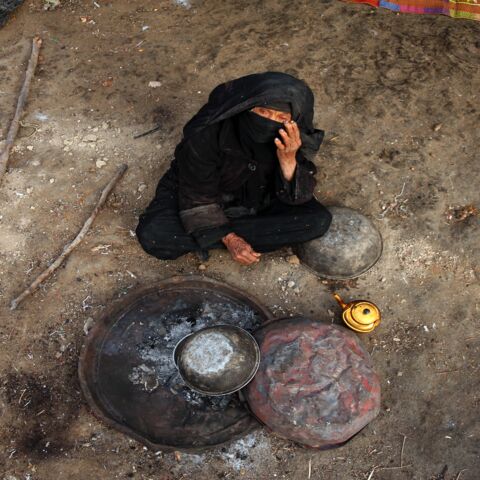