The major coalition party has opened a branch in the Arab town of Mi’ilya in the latest effort to build its presence among Arab-Israelis. 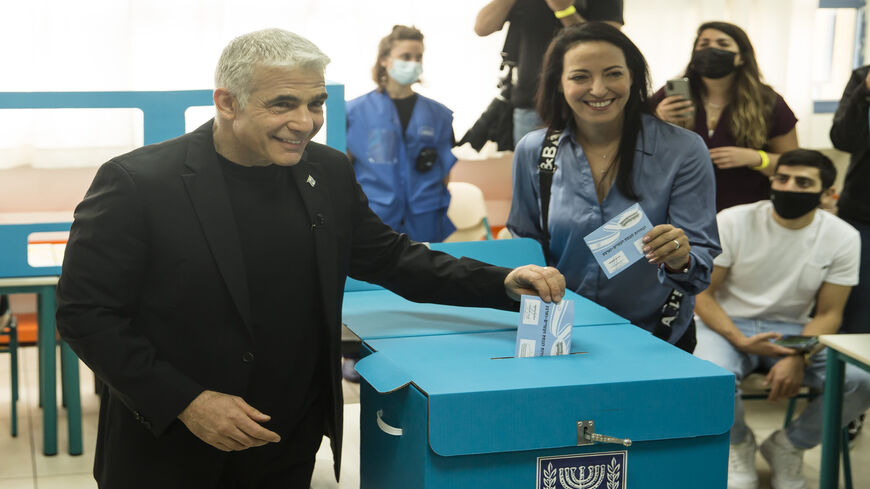 The Yesh Atid party, which is the largest partner in the coalition, opened an office in the Arab town of Mi’ilya Dec. 9. Tourism Minister Yoel Razvozov, Deputy Minister for Public Security Yoav Segalovitz, Knesset member Inbar Bezek and the coordinator of the local office, Mazen Abed, all participated in the ceremony.

A few months ago, the party launched an Arabic-language Facebook page geared toward Arab citizens. Last August, it opened an office in the Arab city of Sakhnin and later, a youth outreach office in Kafr Kana.

Social Equality Minister Meirav Cohen recently held a series of meetings with leaders of Arab localities to promote a five-year government plan to advance the Arab community. Economy Minister Orna Barbivai visited Al-Araz tahini factory in Nazareth and Sakhnin College. Welfare and Social Security Minister Meir Cohen visited with the organization Lasta Wahdak (You Are Not Alone) for the support and integration of people with disabilities in the Arab town of Kafr Qasim.

These moves by Yesh Atid were not trivial by any means. In fact, since its foundation in 2012 by current Foreign Minister Yair Lapid and its election to the Knesset in 2013, Yesh Atid has kept a clear distance from the Arab public. Everyone recalls the unfortunate statement by Lapid a few hours after he was elected to the Knesset for the first time. “I heard talk about a blocking majority — I want to take this off the table. We will not do that with the Haneen Zoabis — it is not going to happen,” Lapid said. Using the term “Zoabis,” Lapid alluded to the name of former Knesset member Haneen Zoabi of the Balad party, a controversial figure in Israeli politics. A few years later, he admitted he made a mistake with his expression. Moreover, contrary to other parties, Yesh Atid lacks any Arab representatives in the Knesset. No Arab candidate has been ranked at a realistic spot on the list.

Taking all this background into account, the moves we mentioned earlier in the article clearly reflect a change of strategy within the party. No one at Yesh Atid would admit it, but it seems that this change emerged after the “Abu Yair” campaign led by former Prime Minister Benjamin Netanyahu, which targeted the Arab electorate. The same Netanyahu and the Likud party had led a number of campaigns in the past against Arab citizens and the Arab parties participating in shaping the government in Israel. But during the last election campaign, Netanyahu changed course. At the end, his efforts at legitimizing a partnership with Arab legislators profited his rivals, when Lapid and Naftali Bennett formed a coalition with the Arab Ra'am party.

One of the behind-the-scenes instigators of the party’s changed strategy is Segalovitz. Last August, Segalovitz worked to establish the party’s Arab department and to advance a program for the development of Arab towns and villages. Later, he was appointed by the government to coordinate joint enforcement of crime and violence in the Arab community.

In discussing the opening of Yesh Atid offices in Arab localities, Segalovitz told Al-Monitor, “Yesh Atid addresses all of society in Israel, and it’s only natural that we’d establish offices in the Arab community. In the past year we have started opening offices, with the goal that every city and town in Israel will have representation for Yesh Atid. The offices are a bridge between the field and the towns and the Knesset and the government, with the goal of influencing the agenda in order to advance Israeli society, including the Arab community.”

Still, it seems that Yesh Atid has its work cut out for it in gaining the trust of Arab voters. According to a survey conducted last month by the Statnet Research Institute among the Arab community, only 1.2% of the participants would vote for Yesh Atid.

Asked about these results, the office of the party’s spokesperson told Al-Monitor, “Yesh Atid sees the Arab community as a full partner for life in the State of Israel. The party pushed for the entry of Ra’am into the coalition for the first time. Yesh Atid has 29 offices in the Arab community from the north to the south, and another five offices in formation. At all of these offices, we have 450 Arab activists whose main goal is together to improve the status of the Arab community in education, employment, planning and construction, and of course, ending violence. Deputy Minister Yoav Segalovitz is leading a multiyear plan to stop the violence in close contact with people in the field.”

Regarding whether there will be an Arab representative on the Yesh Atid list, they said, “We are far from an election, but we would be glad to incorporate representatives from the Arab community in the list.”

An Israeli-Arab activist who had accompanied Yesh Atid when it was first founded, spoke with Al-Monitor on condition of anonymity. He said, “Wishing to situate the party at the center-right, its leaders did not want at the time to approach the Arab public. They thought that including Arabs in its list would scare away Jewish votes. This has been proven in retrospect as a strategic mistake, since most of the voters who choose Yesh Atid come from the center-left. Indeed, we should welcome the change in the party’s outlook, but it’s early to celebrate. We must now hope that this change stems from a deeper understanding that the Arab community is an integral part of the state and the political map in Israel.”