Governments around the Middle East are instituting restrictions aimed at mitigating the spread of the omicron variant of COVID-19. 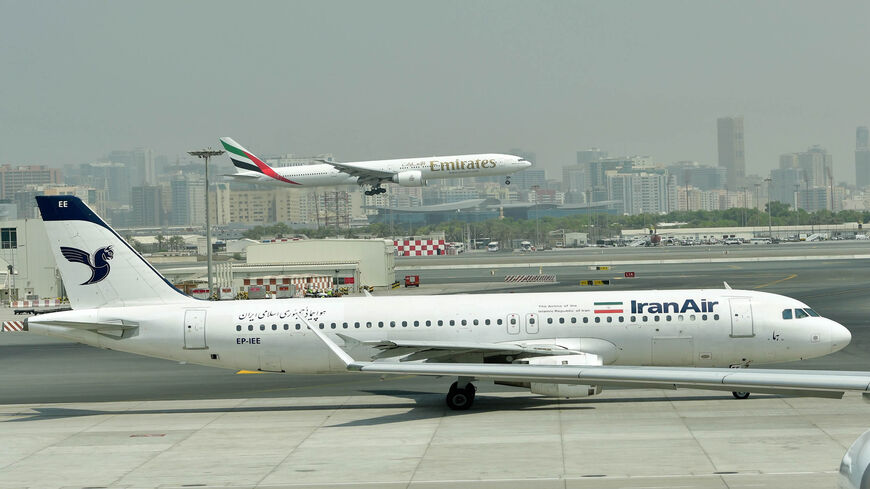 This photo shows a Emirates Boeing 777 landing while an IranAir plane is taxiing at Dubai's International Airport, Sept. 14, 2017. - Giuseppe Cacace/AFP via Getty Images

The ruling refers to travelers coming to Iran via the banned countries — not necessarily citizens of the countries. Iranian citizens are exempt from the decision.

Iran has been one of the hardest hit countries in the Middle East by the coronavirus, registering more than 6 million cases among its 80 million population, in addition to more than 130,000 deaths. Daily cases are trending downward in the country at present, however. Iran is currently averaging 1,900 cases a day, down from the high of more than 40,000 cases a day in August, according to data from Reuters.

Iranian authorities have been encouraging people to take the vaccine in a bid to fight the virus. In October, the Islamic Republic imported millions of doses of China’s Sinopharm vaccine to this end. Authorities have also instituted lockdowns and travel bans throughout the pandemic. Travel from the United Kingdom was also banned for a period last year.

Iran was recently in the process of removing travel restrictions. In September, the country’s tourism chief decided to lift some visa restrictions in a bid to boost the tourism industry.