Iran is finally making progress with its vaccination campaign against COVID-19, though virus cases are still rising. 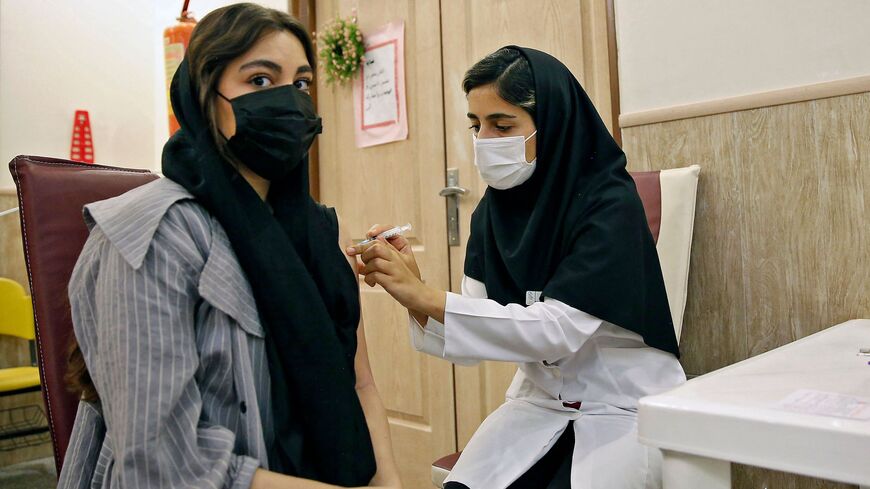 A student receives a COVID-19 vaccine dose at a vaccination center inside a school in Iran's capital Tehran on Oct. 7, 2021. - AFP via Getty Images

The Red Cross Society of China sent six million doses of the vaccine against COVID-19 to Iran’s Ministry of Health via the Iranian Red Crescent Society. The Iranian health organization has now brought more than 106 million vaccine doses into the country, the official Islamic Republic News Agency reported.

Iran has been one of the world's most severely affected countries by the pandemic. There have been more than five million cases and more than 125,000 deaths in the country of 80 million. The government’s lockdowns have also severely affected the economy, which was already reeling from US sanctions and government mismanagement.

Iran’s vaccine rollout was repeatedly delayed earlier this year, but the country has made progress recently. Around 60% of the population has received at least one vaccine dose, according to the Oxford-based Our World in Data. In addition to vaccine imports, Iran has developed two vaccines domestically, one of them in conjunction with Cuba.

Despite the vaccination progress, Iran seems to be nearing a sixth wave of virus cases.

Sinopharm is widely used in the Middle East, though authorities in some countries have concerns about its effectiveness.