Only around 6% of Egypt is vaccinated against COVID-19, though confirmed cases remain relatively low. 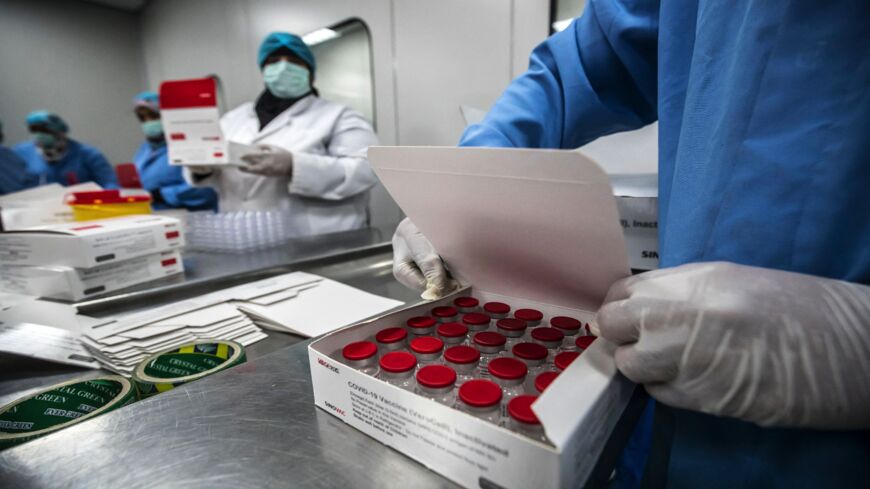 Laboratory workers fill boxes with vials of China's Sinovac vaccine against the coronavirus, produced by the Egyptian company VACSERA, in the capital, Cairo, on Sept. 1, 2021. - KHALED DESOUKI/AFP via Getty Images

A shipment of 525,600 Johnson & Johnson doses will arrive via the African Export-Import Bank. It follows a previous delivery of 261,000 doses in August, the state-owned Al-Ahram news outlet reported.

Unlike other two-shot COVID-19 vaccines, the Johnson & Johnson vaccination is delivered via a single shot.

The Cairo-based African Export-Import Bank procured 220 million Johnson & Johnson doses in March for African countries. The African Union was also involved in the agreement, according to a press release.

Egypt’s vaccine rollout has been relatively slow so far, despite pledges from the government. Only around 6% of the Egyptian population has received a vaccine dose, according to the Oxford-based Our World in Data.

Egypt is averaging 263 confirmed coronavirus cases a day. This is well below June’s historic high of more than 1,600 cases a day, according to Reuters. Egypt’s population is more than 100 million.

China’s Sinovac vaccine is also being produced in Egypt, according to Al-Ahram.