The AstraZeneca vaccine doses were delivered via the World Health Organization's COVAX initiative. 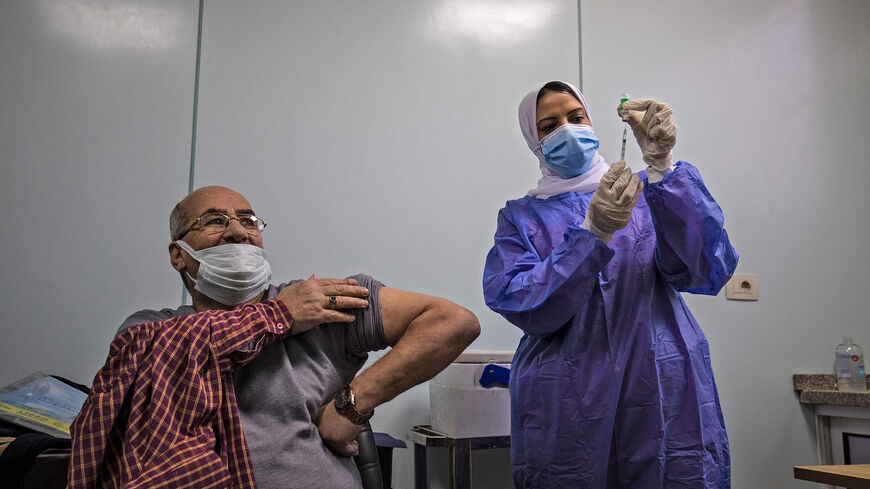 An Egyptian medical worker administers a dose of the Oxford-AstraZeneca Covid-19 vaccine on March 4, 2021, in Cairo on the first day of Egypt's vaccination drive. - KHALED DESOUKI/AFP via Getty Images

Egypt has received hundreds of thousands of COVID-19 vaccine doses via the World Health Organization.

Health Minister Hala Zayed said Sunday that the delivery from the WHO’s COVAX program consisted of 546,400 doses of the British-Swedish AstraZeneca vaccine, according to a Ministry of Health and Population statement.

The COVAX program coordinates the delivery of COVID-19 vaccines to poorer countries from relatively wealthy ones. This batch was donated by France, according to the statement. Egypt and France are close allies in the Mediterranean Sea region.

Egypt registered 653 new coronavirus cases on Sunday among its population of more than 100 million. Daily infections are trending upward, though the average remains well below the high of roughly 1,400 cases a day in June, according to data from Reuters.

More than 7% of the Egyptian population has received at least one dose of the vaccines and just over 4% are fully vaccinated, according to the Oxford-based Our World in Data.

Other Middle Eastern governments have received vaccine doses via COVAX as well, including Iran and the Palestinian Authority.

The AstraZeneca vaccine’s reputation has suffered this year due to the small risk of developing blood clots after receiving the vaccine. Nevertheless the vaccine has been used throughout the Middle East, including in Iraq.