Other nations in the region have already approved similar measures, due to concerns about waning immunity, although the World Health Organization says that first rounds of shots should be a priority. 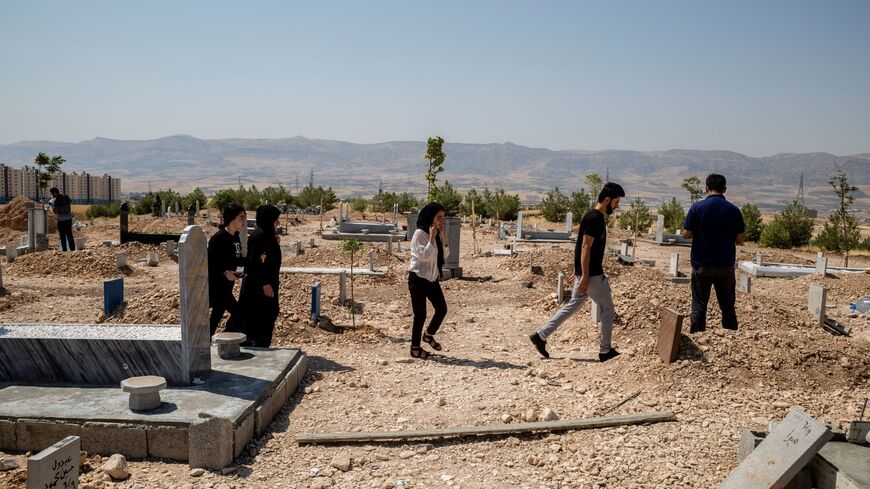 People visit the grave of a family member at the dedicated coronavirus cemetery on Sept. 4, 2020, in Sulaymaniyah, Iraq. - Hawre Khalid/Getty Images

Iraqi authorities approved the use of booster doses of the COVID-19 vaccine today.

Iraq’s Ministry of Health authorized third doses of the vaccine for people due to the global coronavirus situation, according to a press release.

Most vaccines against COVID-19 require two doses administered within a relatively short time of each other to be fully effective. Third doses given at a later time are often referred to as booster shots.

Health officials around the region and the world are rushing to implement restrictions due to the emergence of the Omicron variant of COVID-19. Israel, Egypt and several Gulf states recently restricted travel to various African countries over such concerns.

Some Middle Eastern states have begun administering booster doses due to concerns about waning vaccine immunity. Israel was one of the first countries in the world to do so beginning in August. Turkey and the United Arab Emirates have also offered booster doses of the Pfizer-BioNTech vaccine to people inoculated with China’s Sinopharm vaccine due to concerns about the latter’s effectiveness.

Only 11 percent of the Iraqi population has received the first two vaccine doses. Another 6.8 percent has received only the first dose, according to the Oxford-based Our World in Data.

Iraq’s official coronavirus numbers are low. The country is averaging around 700 cases a day among its population of more than 40 million, per data from Reuters.