Lawmakers are grabbing the reins on the Biden administration’s dormant approach to Syria’s conflict. 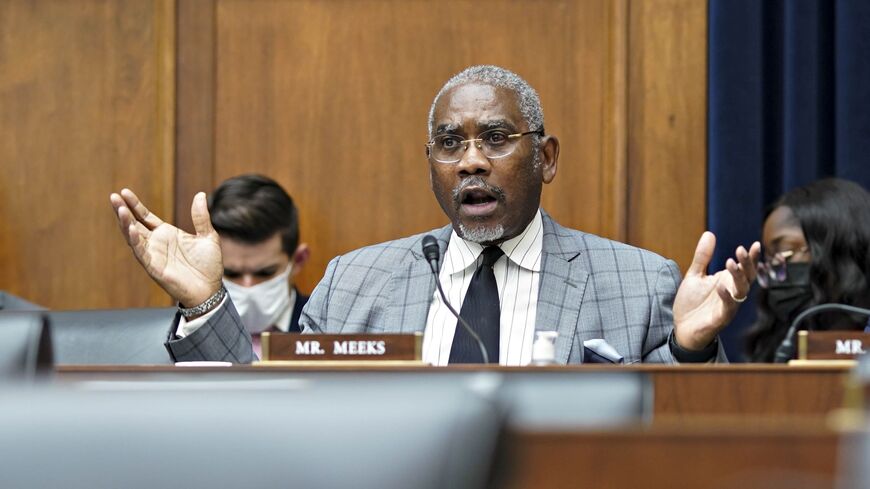 The US Senate voted 88-11 on Wednesday to pass next year’s annual defense spending bill, rushing through a compromise version that now heads to President Biden’s desk.

A number of amendments were stripped from the $778 billion bill after already having passed the House, including measures regarding US policy in the Middle East.

Among those that didn’t make it were restrictions on US cooperation with Saudi Arabia over the murder of Jamal Khashoggi and the Saudi-led coalition's conduct in Yemen’s war, and more congressional oversight of the Egyptian government’s harassment of American citizens.

But a handful of provisions on regional policy survived the backroom deals, including one demanding stricter oversight of Washington’s policies towards the conflict in Syria.

The 2022 National Defense Authorization Act (NDAA) requires the administration to report to lawmakers on its vision for an endgame for the conflict, as well as on diplomatic means to achieve those objectives in talks with major players like Russia and Turkey.

Lawmakers are demanding to see a timeline for weaning local Syrian fighters off US military support, as well as a plan for convincing foreign governments to repatriate their citizens detained in prison camps housing Islamic State members in Syria.

The bill would also compel the Biden administration to share its efforts to prevent Arab states from normalizing ties with the Bashar al-Assad regime and Damascus’ readmission to the Arab League – long a diplomatic goal of Russia’s.

The measure, authored by Rep. Gregory Meeks (D-NY), chair of the House’s foreign affairs panel, and Middle East subcommittee chair Ted Deutch (D-Fla.), accompanies another which would require the administration to report publicly on the Assad family’s personal finances — a potential indicator of whether US economic sanctions are changing the regime’s behavior.

Why it Matters: Congress is turning up the heat on the White House’s stance towards Syria’s stalemated conflict.

Biden administration officials insist the policy is grounded in humanitarian concern, rather than a subset of the Trump administration's counter-Iran strategy. They have also publicly warned of the risk of US economic sanctions for dealing with the Assad regime.

But some experts and former officials have seen the approach as too hands-off, especially as regional leaders openly explore renewed ties with Damascus.

The Syria measure could enable lawmakers to press policymakers on that issue in particular. Yet critics have said the bill misses other opportunities to reform Washington’s policy in the region.

Senate lawmakers last week tossed out a measure compelling the US to counter the Syrian government’s massive Captagon drug trade. The final defense bill also makes no mention of how US sanctions are hurting Washington’s Kurdish-led allies in Syria’s northeast.

What’s Next: The bill heads to President Biden’s desk.