Metin Gurcan, a founding member of Turkey's Democracy and Progress Party (DEVA), has been detained by the Turkish police, joining a number of political opponents and critics who have been accused of “political espionage” in recent years. 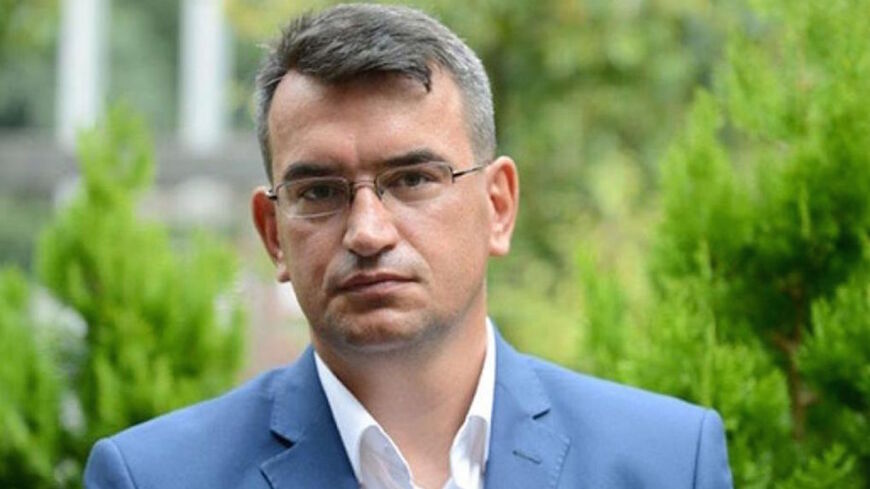 Metin Gurcan, a founding member of a Turkish opposition party, who is also an Al-Monitor contributor, was detained early in the morning on Nov. 26 on charges of "espionage," in a move many believe is politically motivated aimed at intimidating the opposition as part of the Turkish government's increasing campaigns targeting opposition members.

“I am being detained over political espionage charges,” Gurcan, a member of Democracy and Progress Party (DEVA), wrote on Twitter during a police raid at his house in Istanbul. “I’m shocked. I’m waiting for your support,” he added.

Gurcan, 45, a retired officer at the Turkish Armed Forces, joined DEVA in 2020. He is a prominent commentator on military and defense fields and has been an Al-Monitor contributor since 2014.

Questioning the motive behind the arrest, Babacan also said the move cannot deter his party.

“If the move today is political in nature, or if the target is a particular stance against our party, an attempt to mask the grave economic conditions in the country, I would like to state that such attempts will never deter the Deva team,” Babacan was quoted as saying by Reuters.

A number of political opponents and critics have been accused of “political espionage” in recent years in Turkey.

“Political espionage claims have often come into public focus in recent years. This accusation is made very often,” Babacan later added in an interview with Medyascope, a Turkey-based independent digital news platform.

“Yet, we see that in these incidents, people [detainees] are suddenly being released by phone calls coming from abroad. … We witnessed [a similar incident] just last week” he said, referring to an Israeli couple who were detained over “espionage” charges in Istanbul last week and released after talks between Turkey and Israeli officials.

“Metin Gurcan is our friend who delivers the most sharp-tongued, most open and staunch criticism especially on foreign security and foreign policy issues within our party."

The details of the investigation are still unknown. Turkish police have not commented on the case.