Four mayors have been detained in Turkey's Kurdish-majority southeast, the latest in ongoing efforts by the government to suppress Kurdish political participation in the country. 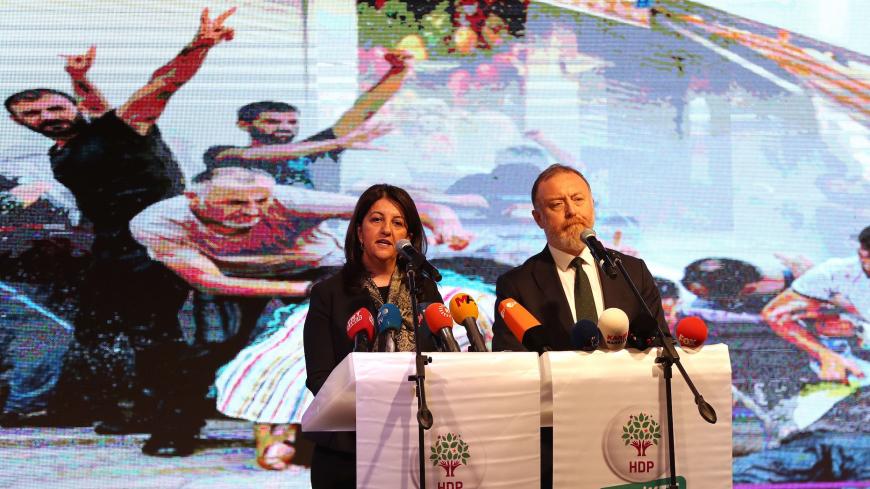 The Turkish authorities detained four more popularly elected mayors in Turkey’s Kurdish-majority southeast today, part of an ongoing campaign against the Kurdish-friendly People's Democratic Party (HDP), the third largest party in the Turkish parliament. A fifth mayor was also fired but not detained.

The mayors were hauled away from their homes, stripped of office and replaced with government-appointed trustees, a pattern that has been repeated across the Kurdish-dominated region before and since the nationwide municipal elections in March 2019.

The mayors are accused of links to militants from the outlawed Kurdistan Workers Party (PKK), which is waging an armed campaign for autonomy against the Turkish state. The group is classified as terrorist organization by Turkey, the United States and the European Union.

The arrests raise the number of HDP mayors in prison to at least 21. The government has appointed administrators to 45 of a total of 65 municipalities won by the HDP last year. Human Rights Watch said in a February report that “after their appointment, trustees did not convene the local councils [dominated by HDP councilors], effectively neutering their decision-making role in local government.”

The first order of business for her successor was to hang a large portrait of Turkish President Recep Tayyip Erdogan in his office. Ali Fuat Atik, who served as Siirt’s provincial governor until assuming his mayoral duties today, was seen entering the municipality building accompanied by his security detail, who carried various sized photographs of the Turkish president.

HDP co-chair Mithat Sancar lambasted the dismissals in a news conference today, saying, “This amounts to a rejection of democracy; this amounts to a refusal to recognize the popular will.” Sancar added, “The Kurdish people do not fear pressure, they will not be cowed.”

The newly formed Deva Parti, led by a former Economy Minister Ali Babacan, joined in the rebukes. In a statement relayed via Twitter, the party called the arrests “arbitrary” and a “usurpation of voters’ will.”

Babacan is touted as a potential rival for leadership of Turkey’s center right and has signaled that he is willing to accommodate the Kurds' demands for linguistic freedom and more autonomy.

The main opposition Republican People’s Party (CHP), which won Istanbul’s metropolitan municipality with the help of HDP voters, also voiced expressions of sympathy. CHP lawmaker Ozgur Ozel said the fact that the dismissals were continuing indicated that Erdogan had returned to his “normal” state of being "nourished by polarization and othering [of Kurds].”

Hundreds of HDP officials, including lawmakers, have been imprisoned on similar and often thinly evidenced charges of either belonging to or propagandizing on behalf of the PKK. Human Rights Watch examined 18 cases in which courts ordered the pretrial detention of mayors and concluded that “the court’s decisions relied on vague and generalized allegations against the mayors by witnesses, some secret, and details of their political activities, which fail to establish reasonable suspicion of criminal activity that would justify detention.”

Meral Danis Bestas, an HDP lawmaker for Siirt, summed up popular sentiment: “The [Erdogan] regime is bent on crushing Kurds even if they find them in outer space.”