Rumors focusing on Erdogan’s hospitalization and death lead to announcement of investigation against 30 social media users, but online chatter continues. 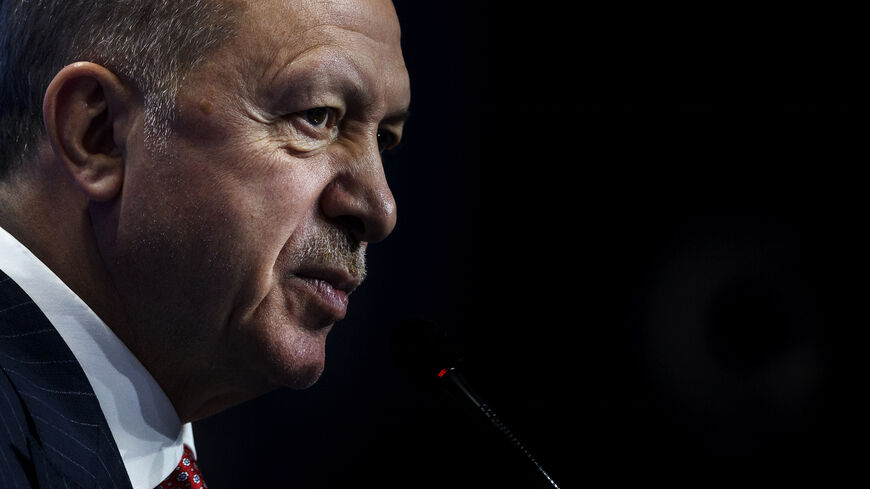 Turkish President Recep Tayyip Erdogan’s health has been a major issue in Turkish politics. Now the focus of public conversations is shifting towards his death.

In the late hours of Nov 2, and into the early hours of Nov. 3, rumors of his death took over social media platforms. After canceling his visit to Glasgow, Erdogan’s daily public schedule was cleaned of all meetings. Although this was temporary, the screenshots of the website spread like wildfire on social media. Nov 3, 2002, is the day that AKP came to power, so each year the anniversary is commemorated with lavish receptions.

On WhatsApp, groups with current and former AKP members also shared their concerns. There were tens of messages asking, “Is Erdogan really dead?” and/or “Is Erdogan in intensive care?” These questions were further fueled by two videos. One was from Oct. 29 Republic Day celebrations, where Erdogan was confused about where to go and walking with difficulty. Many on social media claimed his shoes resembled “balance” shoes.

The second was a pro-AKP journalist’s short mysterious video clip, telling his followers that they would be receiving sad news soon. The video did not mention Erdogan’s name and was recorded four months ago, but on Nov. 2, everyone with some sort of political connections received it from their WhatsApp message groups.

Rumors about sudden calls to AKP members to come to Ankara immediately intensified the rumors that Erdogan was at the hospital and then possibly dead. Pundits and hundreds of ordinary citizens joined in chat rooms of the Club House, WhatsApp as well as Twitter. Regular people from Turkey, as well as prominent dissidents living abroad, shared mixed emotions. People were worried, happy, euphoric, but the common denominator was the high intensity.

Hundreds of tweets with halva photos or words of halva with jubilation emojis were posted. On live chat hosts asked “what kind of halva will you be making and share your recipe with us?” Halva is a traditional dessert made after a death and distributed to guests, neighbors and visitors.

Although there seems to be a consensus that Erdogan has an unnamed health problem, some argued that it is not moral to talk about private life. Yet savvy journalists like Erk Acarer brought up records from 2002 when Erdogan commented about the health of then-Prime Minister, Bulent Ecevit. Erdogan had set the precedent when he demanded Ecevit’s resignation, stating that those who are not in good health cannot be expected to perform the duties expected from healthy people.

Most of those involved in these communications knew Erdogan was not dead. Still, the hashtag #olmus [meaning died] became the top trending topic followed by supporters of Erdogan’s #CokYasaReis [Live Long Chief]. International media promptly reported the complex emotions. The conversation focused on those in jail, those in exile, those who lost their jobs and those who died under AKP rule. The extent of jubilant exchanges was telling. Even the slightest possibility that Erdogan might no longer be around gave ordinary people an opportunity to recall past injustices. Satirical short videos were recorded welcoming Erdogan to the afterlife.

The morning after was unpleasant. The Directorate of Communication posted a short video of Erdogan walking with the message, “Confidence to friends, fear to enemies.” This led to a new cycle of ridicule. Other AKP officials joined in with videos to show Erdogan walking.

These images of Erdogan are filtered through the Communications Directorate before reaching the public. Therefore, people cannot help but question why they allow Erdogan to appear in the media in such a state.

And then the expected happened. Turkish authorities announced they will be investigating 30 people who shared “manipulative content” on Twitter under the hashtag #olmus [dead].

Journalist Can Dundar told Al-Monitor “When democratic channels are blocked, the anticipation for a divine call gains prominence. It is a sign of desperation." The Communication Directorate’s video “He is not yet dead; look, he can walk,” is the other side of this desperation coin.

Under strict scrutiny from AKP elites, the Communications Directorate seems to be a bit more vigilant. On Nov 3, Erdogan met with journalists to answer some questions and commemorate the 19th anniversary of AKP’s political victory. This time it was a handful of journalists, and the press release was not live.

“Our base is merciful," a senior AKP member told Al-Monitor. "If they see their leader struggling with health problems, they will pray and rally around him. This whole idea of strong man destroyed is foreign to us. It is because you do not understand the pious people of Turkey.”

Indeed, the seasoned politician might have a point as most conservatives have not become disillusioned with Erdogan because of economic struggles, but rather the gridlock in the system to solve the basic day-to-day problems. If this impasse could be attributed to Erdogan’s health, it can be forgiven much more easily.

So far, there has been no official announcement about Erdogan’s health.