Lebanese and Russian officials also discussed upgrading a Russian oil terminal in the Beirut port during a meeting in Moscow. 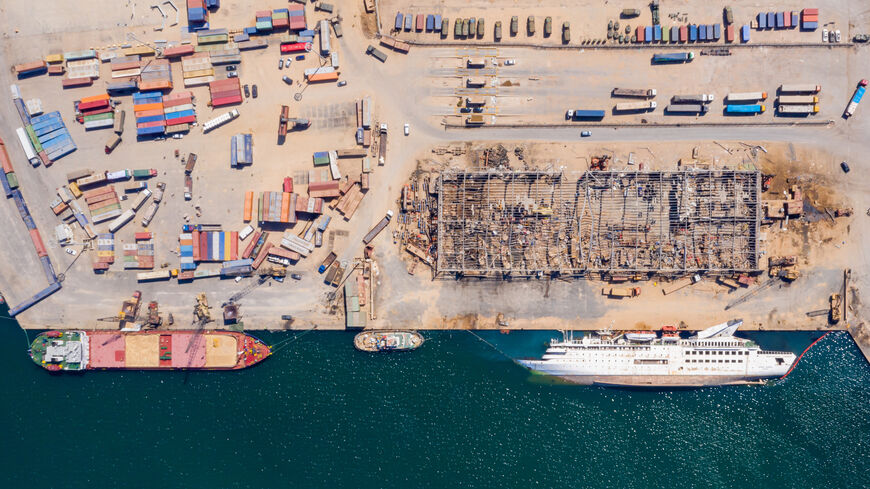 An aerial view of a capsized cruise ship (right) and one of the many ships offloading grain (left) is seen on Aug. 21, 2020, in Beirut, Lebanon. - Haytham Al Achkar/Getty Images

The Beirut port explosion took place in August 2020, leaving more than 200 dead and thousands displaced. The blast occurred when 2,750 tons of the fertilizer ammonium nitrate caught fire in a warehouse at the port.

Last month, Lebanese President Michel Aoun asked Russia to provide satellite images of the explosion site to help with the investigation. Aoun did not say why he asked for help from Russia, nor why he did not request it earlier.

Many Lebanese are unhappy with the government's investigation into the blast. Last week, families of officials arrested in relation to the incident demanded the release of their loved ones. No one has yet been convicted of wrongdoing. The investigation was suspended again last month after a former member of parliament sued in response to a warrant for his arrest.