COVID-19 cases have been falling for weeks in Iran, where military leaders have signaled a desire to improve relations with Pakistan. 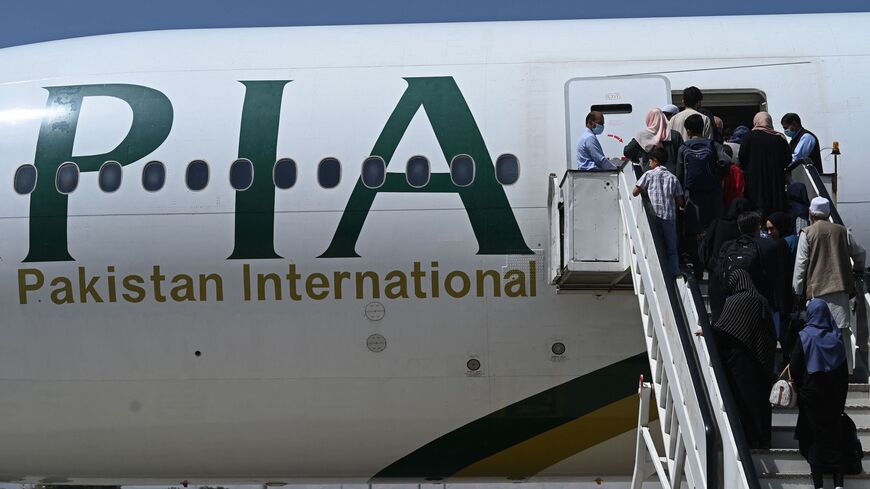 Passengers board a Pakistan International Airlines flight, the first commercial international flight since the Taliban retook power last month, at the airport in Kabul on Sept. 13, 2021. - AAMIR QURESHI/AFP via Getty Images

Travel to Pakistan is restricted from List C countries and potential visitors from these states need advance permission from the National Command Operation Center. Iraq is also on the list, according to the Pakistani government’s website.

The COVID-19 situation in Iran has improved recently. More than 60% of the population is now vaccinated against the virus. After initial delays, the government has secured more vaccine doses and stepped up immunizations this fall. Daily COVID-19 cases have been for the most part steadily falling since August. The country of more than 80 million is now averaging around 10,000 cases a day, according to data from Reuters.

The removal of Iran from Pakistan’s travel restrictions list could be a sign of further improvement in bilateral ties. The country’s military leaders pledged last month to strengthen relations. The meeting followed the Taliban defeating the US-backed government in neighboring Afghanistan in August.