The number of COVID-19 infections in Israel, which includes those of the delta variant, is still relatively low in the country. 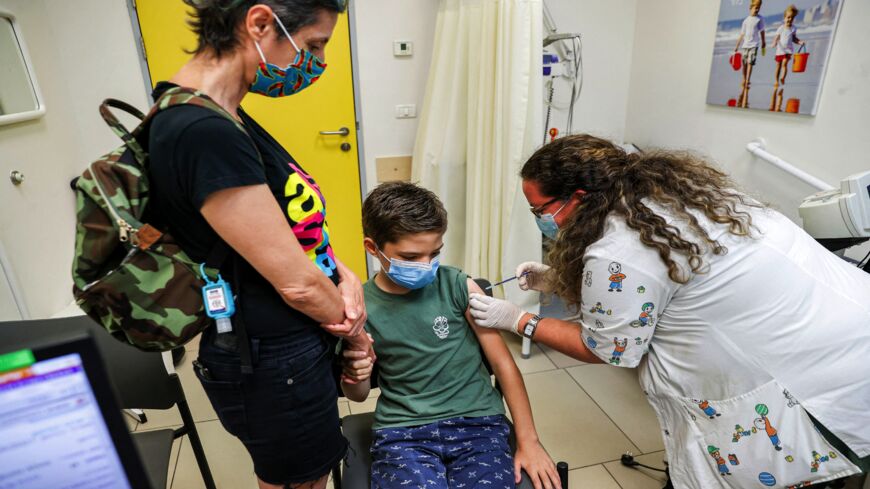 A boy receives a dose of the Pfizer/BioNTech COVID-19 vaccine at the Clalit Healthcare Services in the Israeli city of Holon near Tel Aviv on June 21, 2021, as Israel begins a coronavirus vaccination campaign for 12- to 15-year-olds. Israel is now urging more 12- to 15-year-olds to be vaccinated, citing new outbreaks attributed to the more infectious delta variant. - JACK GUEZ/AFP via Getty Images

Israel recorded its highest daily number of COVID-19 cases in three months on Wednesday, as the delta variant spreads through the country. The number of daily infections is still relatively low, and reimposed virus mitigation measures remain in place.

There were 307 confirmed coronavirus cases detected in Israel on Wednesday, according to data from the Israel Ministry of Health. The Israeli news outlet Haaretz reported this was the highest daily total in three months.

Cases remain well below the historic high of more than 10,000 cases per day in mid-January, and daily infections have been steadily falling for the most part since then. There were less than 100 cases per day throughout May, according to Reuters’ COVID-19 tracker.

Israel was one of the first countries in the world to vaccinate a large share of its population, and more than 60% of the population has received at least one vaccine dose, according to the Oxford University-based Our World in Data. As in other countries, some people have declined to get vaccinated.

The slight uptick in cases in Israel is at least in part due to the delta variant of the coronavirus. The World Health Organization considers the variant more contagious than the original virus strain, though it has yet to determine whether it is more severe. A health official told Haaretz there has not been a rise in hospitalizations for people infected with COVID-19 recently.

Seeking to limit the spread of the delta variant, the Israeli government reimposed an indoor mask mandate last week. The government also pushed back the reopening of its borders to tourists until August.

Israeli Prime Minister Naftali Bennett convened the first meeting of the aptly named Corona Cabinet on Sunday to discuss mitigating the spread of the delta variant. They decided to not add any additional anti-virus measures at the time, according to a press release from Bennett’s office.