Recent comments by top Turkish officials promoting disregard for some laws has activists, opposition figures and journalists concerned that they alone will be the ones subject to restrictions and regulations, with AKP supporters given leeway. 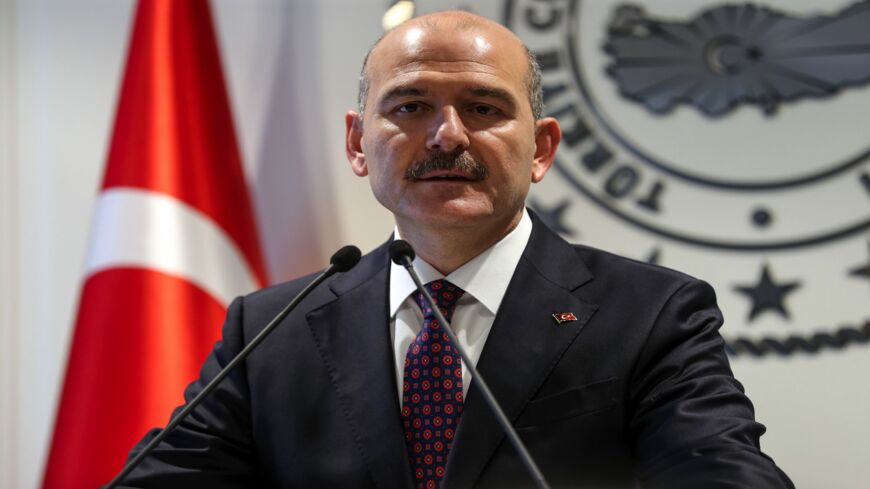 On Oct. 26, Turkish Minister of Interior Suleyman Soylu gave a speech addressing Turkey's female mukhtars. Mukhtars are elected neighborhood administrators, and there are over 50,000 of them throughout the country. This group generates a significant support network for the ruling Justice and Development Party (AKP). At this gathering, Soylu mentioned their battle against drug dealers and said he gets complaints from authorities who cannot destroy abandoned buildings without court orders, which they say are being used by drug dealers. Advising the mukhtars to destroy the buildings in the middle of the night so “who would know who had done it?” Soylu said, “You demolish those buildings and a court order will follow.” Female mukhtars happily cheered.

In the media, Soylu’s comments about flouting the law raised some red flags among independent journalists, and a small left-wing opposition party brought an official complaint against the minister for inciting the public to commit criminal acts. But Soylu does not need to be afraid: Advocating to ignore the law or to custom design laws according to the AKP’s needs has become the norm in Turkey.

This is not Soylu’s first on-the-record advocacy to ignore the law. In January 2018, Soylu urged police officers to “break the legs of drug dealers,” referring to it as “their duty.”

Al-Monitor spoke with 10 female mukhtars who attended Soylu’s speech and asked why they cheered his comments. Most said they did not think Soylu was suggesting anything illicit.

One was upset at the question and said, “He is the interior minister. Do you think you would know better?” Another mukhtar from Ankara explained, “It is good to know the minister is on our side. There are so many rules and regulations; it creates gridlock. To get things done we need support from the central government.”

When pressed about private property rights and asked how they'd feel if their homes were declared abandoned and burned to the ground one night, the Ankara mukhtar protested, “That is not what the minister said. We all respect private property laws. This is for the order of the neighborhood.”

None of the mukhtars could explain how the decision to destroy would be made and which buildings would be considered abandoned without a court order. Yet they all agreed that the speech made them “feel good.”

That might just be an explanation for the prevailing political rhetoric in Turkey nowadays. But when senior government officials urge other public employees to disregard the law repeatedly, it generates a formidable and discriminatory political environment where laws only apply to dissidents — but for the AKP’s friends and AKP-approved acts, laws can be bent, adopted, and even ignored diligently.

Aykan Erdemir, senior director of the Turkey program at the Foundation for Defense of Democracies and a former member of the Turkish parliament, told Al-Monitor, “By openly advising officials to disregard laws in their actions and promising to ‘legalize’ such extralegal actions by retrospective court rulings, Soylu has confessed that there is neither rule of law in Turkey nor an independent judiciary. This is yet more evidence that Turkey has descended into arbitrary rule under the executive presidential system, which increasingly resembles sultanistic regimes of the region.”

Another worrisome point in all of this abandoned house talk is the AKP’s control over the lawmaking process since the transition to the presidential system in 2018. It is fair to say most, if not all, laws originate from Erdogan’s speeches and decrees.

Erdogan’s and his closest associates’ opinions not only rule politics, but they also go into effect as laws once they are spoken. So whatever laws AKP elites do not like, they can change them, and they have done so.

A political scientist working at a public university in Ankara, speaking on condition of anonymity, told Al-Monitor, “What they advocate cannot be turned into law, because then the law would not have any value for others. For example, if mukhtars are given exclusionary discretion to declare an abandoned building to be demolished, then how could private property ever be protected? Or if cops are given the legal discretion to break the legs of drug dealers, how could proper prosecution work? What if those people are not drug dealers after all?”

And there is another caveat: There are an overwhelming number of new laws, bylaws, revised laws and regulations on almost all areas of public policy since the transition to the presidential system, and it is becoming unmanageable.

A senior bureaucrat involved in planning at the Ministry of Interior told Al-Monitor, “Erdogan was loved because he was a go-getter; he would find smooth and swift solutions to everyday problems. Sometimes if he cut a few corners, people did not mind. Today, it seems the AKP generated a system that makes life rather stressful. Administrators, bureaucrats, any government office really does not want to do the simplest procedures without authorization from the top. These types of endorsements from the AKP’s top echelons are signals to the rest of us that we are safe and will not be prosecuted because there is increasing concern that top guys will run abroad and the middlemen will end up in jail.”

As talk about the post-Erdogan era intensifies, the opposition has been warning bureaucrats not to disrespect the laws under pressure from the AKP, as they could be prosecuted later on. This rattled already nervous bureaucracy and intensified the gridlock in Ankara. Simultaneously, there is also talk from opposition members that they will not engage in revenge-seeking policies once they assume power. 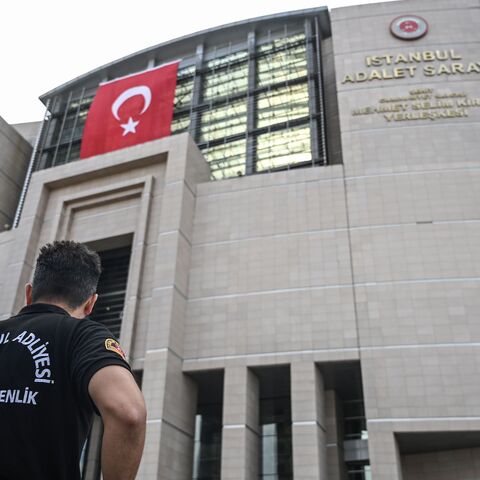