No reason was given for 84-year-old Sheikh Nawaf Al Ahmad Al Sabah temporarily relinquishing his duties. 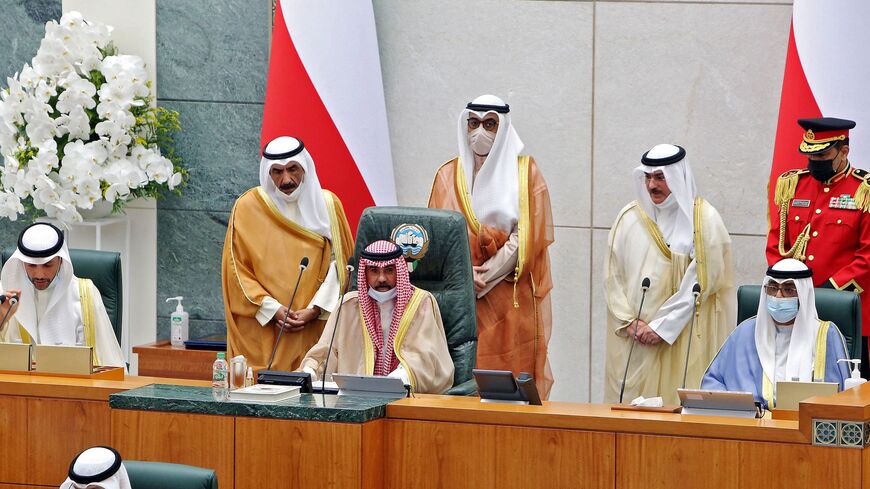 Kuwait’s ruler has temporarily transferred some of his duties to the wealthy Gulf state’s crown prince, fueling speculation over the 84-year-old emir’s health.

A short statement carried by the state-run KUNA news agency on Monday said Sheikh Nawaf Al Ahmad Al Sabah was relinquishing some of his responsibilities to the country’s octogenarian crown prince and his designated successor, Sheikh Mishaal Al-Ahmed Al-Jaber Al-Sabah. No additional details were provided on Mishaal’s new duties, why he will assume them or for how long.

Nawaf was sworn in as the sheikhdom’s ruler in September 2020 following the death of his 91-year-old half-brother, Sheikh Sabah al-Ahmad al-Sabah. The longtime Kuwait leader died after being flown to the Mayo Clinic in Rochester, Minnesota, for undisclosed treatment.

The new emir has since made multiple personal trips overseas in what Kuwait watchers widely believe are for medical treatment. In March, the state news agency confirmed Nawaf flew to the United States for “the usual medical check-ups.” Observers said he looked frail when opening the new session of Kuwait’s National Assembly in late October.