Sheikh Nawaf Al-Ahmad Al-Sabah told lawmakers he would follow in the footsteps of the late emir. 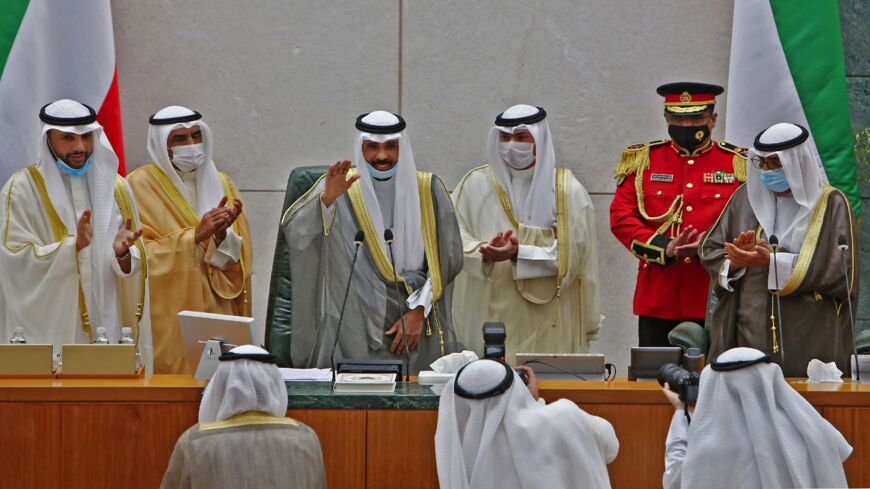 In a speech delivered to lawmakers on Tuesday, Kuwait’s new emir, Sheikh Nawaf Al-Ahmad Al-Sabah, called for national unity as the country gears up for parliamentary elections in December.

National unity is the “most powerful weapon” against the country’s current crises, the Gulf state ruler said, according to state news agency KUNA.

“I would also like, God willing, to reaffirm our commitment to democracy, respect of the constitution, state of law and institutions,” he said.

Sabah, 83, told lawmakers he would continue in the path of his brother, the late Emir Sabah Al-Ahmad Al-Jaber Al-Sabah. The 91-year-old died late last month after ruling the Gulf state for more than a decade.

Sabah’s appointment as emir comes as the government faces growing criticism for its handling of the coronavirus. The country of 4 million has recorded more than 116,000 infections and 700 deaths since recording its first case in February.

The dual shock of the pandemic and a dip in oil prices means Kuwait could face one of the region’s “worst economic crunches,” with its $140 billion economy shrinking by as much as 7.8% this year, according to Deutsche Bank. Last month, Moody’s for the first time downgraded Kuwait over the government’s liquidity risks.

On Monday, the Cabinet announced a draft decree approving elections for the National Assembly to be held on Dec. 5. Kuwait’s last round of legislative elections was held in November 2016.

In his own address to the legislature on Tuesday, Prime Minister Sheikh Sabah Al-Khalid Al-Sabah pledged to closely cooperate with lawmakers and vowed to hold free and fair elections.