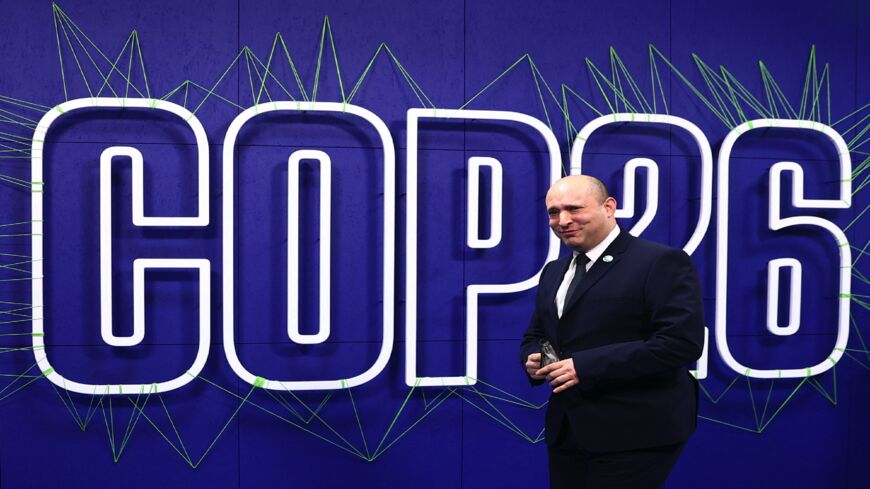 Prime Minister Naftali Bennett met Nov. 2 in Glasgow with Bahraini Prime Minister Crown Prince Salman bin Hamad Al Khalifa. The meeting took place on the sidelines of the COP26 UN Climate Change Conference. Speaking in front of cameras at the beginning of the meeting, Bennett said, "I believe that everything we see from Bahrain sends such a warm message of friendship," adding, "We ain't seen nothing yet."

While the two men shook hands and exchanged some words in front of the cameras, neither Bennett nor Khalifa tweeted about the meeting itself, and no details of the issues discussed between the leaders were revealed to the media. A few hours after the meeting, an unnamed Israeli official said the Bahraini leader accepted Bennett's invitation to hold a visit in Israel, which would most likely take place in early 2022. This information was not confirmed officially for the time being.

This was the first face-to-face meeting between the two leaders. Bennett had met with Bahraini Foreign Minister Abdullatif bin Rashid Al Zayani and Emirati Minister of State for Foreign Affairs Khalifa al-Marar on Sept. 27 in New York after addressing the United Nations General Assembly.

Another interesting meeting in Glasgow was that of Bennett with US national security adviser Jake Sullivan. According to reports in Israeli media, the meeting lasted for half an hour and was very serious. Sullivan came to Glasgow after traveling to Italy for the G20 summit, where President Joe Biden discussed with the leaders of France, Germany and Britain the Iranian nuclear program and launching of talks.

An unnamed Israeli official told Israeli reporters in Glasgow that Iran’s nuclear program came up in almost every meeting Bennett held with world leaders during the climate summit. Reportedly, conversations on Iran focused on two aspects: what world powers can do to change Iranian behavior, and what Israel is doing independently. The source was quoted as saying, “We are in a period where the Iranians still aren’t coming in [for nuclear talks]. There is a feeling in the world that something has to happen.”