The early-detection balloon and radar are the latest in Israel's rapidly growing arsenal of missile defense systems. 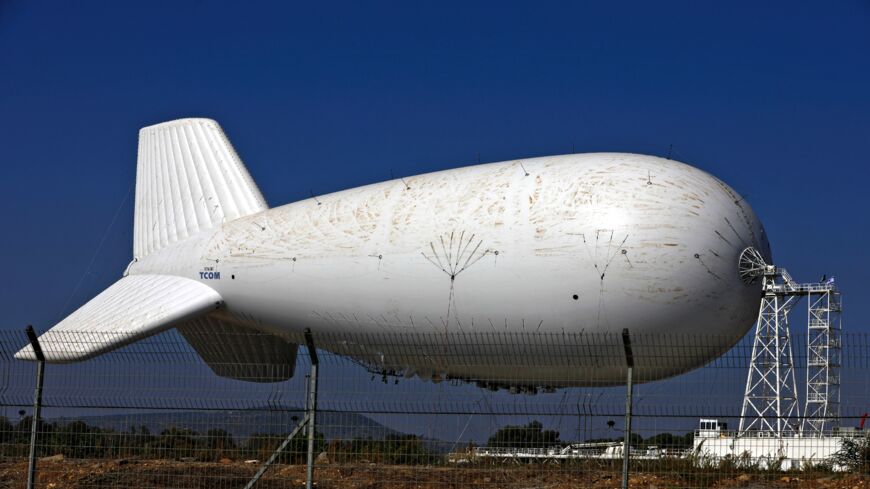 This picture shows a High Availability Aerostat System (HAAS) in northern Israel, on Nov. 4, 2021. Israel is preparing to launch the giant balloon equipped with an advanced missile and aircraft detection system in northern Israel, the Defense Ministry said. Set to take place at an uncertain date, the deployment of the radar-based system is part of an effort by the Israeli air force to improve the country's air defenses against enemy missiles and drones. - JALAA MAREY/AFP via Getty Images

“This technology increases the reliability of the aerial surveillance picture and increases efficiency against a range of targets,” Levy said.

The system was developed with a subsidiary owned by IAI and US-based manufacturer TCOM. It is the latest Israeli missile defense project jointly backed by the US Missile Defense Agency.

US and Israeli firms have teamed up to rapidly advance Israel’s missile defense capabilities in recent years, as Iran has proliferated conventional projectile weapons throughout the region.

Iran-backed groups in the Middle East have fired Iranian-made drones and other missiles into Saudi Arabia and against US forces in Iraq with high precision.

Israel has focused its missile and drone defenses in the country’s north as Iranian weapons continue to proliferate in Iraq and Syria and toward Lebanon.

Israeli continues with a campaign to hit Syrian targets, occasionally stretching into Iraq — while not claiming responsibility for the attacks — and this has stymied those efforts by Iran-backed groups. ”

Israel’s military aims to have complete coverage over its airspace in the country’s north within two years, The Times of Israel reported last month.