Israel has agreed for Egypt to reinforce its military presence in the Sinai Peninsula. 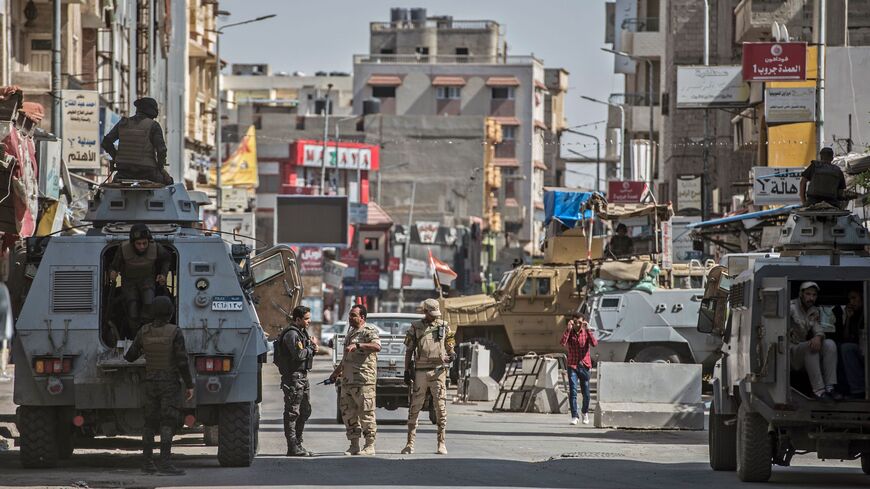 The 1979 Israel-Egypt peace treaty limits the number of troops that can be stationed on either side of the Sinai border. They may be increased if the other country signs off on additional reinforcements in a joint committee made up of senior officers from both armies.

At the meeting, the Israeli side agreed to Egypt's request to increase its security presence in the Rafah area, which borders both Israel and the Gaza Strip, in an amendment to the "agreed-activities" provision of the peace treaty. A statement by the IDF read, “During a meeting of the committee, an agreement was signed to formalize the deployment of guard troops in the area of Rafah to reinforce the Egyptian military’s security control over the area.” It also stated that the decision was approved by Israel’s security cabinet. The number of additional Egyptian troops to be deployed was not disclosed.

The meeting itself was not rare, as the committee meets regularly, nor was the Egyptian request. In fact, Israel has agreed to similar Egyptian requests multiple times over the past decade. For instance, in 2018, Israel agreed for Egypt to more than double its troop presence in Sinai from 41 battalions and 25,000 soldiers in 2017 to 88 battalions with 42,000 soldiers.

What made the Nov. 7 meeting unique was that it produced public statements, apparently to highlight political willingness on both sides to strengthen security ties. Jerusalem and Cairo enjoyed strong security cooperation under former Prime Minister Benjamin Netanyahu. The foreign press has reported over the years that the two countries have cooperated in the Sinai Peninsula in the fight against Islamic State militants and the smuggling of arms and drugs across the border. Netanyahu and Egyptian President Abdel Fattah al-Sisi kept regular contact. Still, the last time Netanyahu openly met an Egyptian president in Egypt was in 2011, when he met with Hosni Mubarak. Netanyahu and Sisi met publicly in 2017 in New York on the sidelines of the UN General Assembly summit and according to reports also held a secret meeting in Egypt in 2018.

Since the establishment of the new government in Israel, Cairo has made a point of reaching out to Prime Minister Naftali Bennett. On Sept. 13, Sisi met with Bennett in Sharm el-Sheikh in the first public visit by an Israeli prime minister to Egypt in over a decade. “The meeting was very important and very good. During the meeting, first and foremost, we created a foundation for deep ties in the future,” Bennett said in a statement afterward.

In another sign of confidence, Egyptian intelligence chief Abbas Kamel spoke with Israeli journalists Nov. 5 on the sidelines of the COP26 climate summit, telling them that Egypt speaks every day to Israel and the Palestinians on several issues, including a potential long-term cease-fire deal in Gaza. He also said that bilateral relations are "perfect" and that Sept. 13 meeting between the two leaders very positive, with both leaders finding common ground.