The United States is no longer the glue between Israel and Egypt. 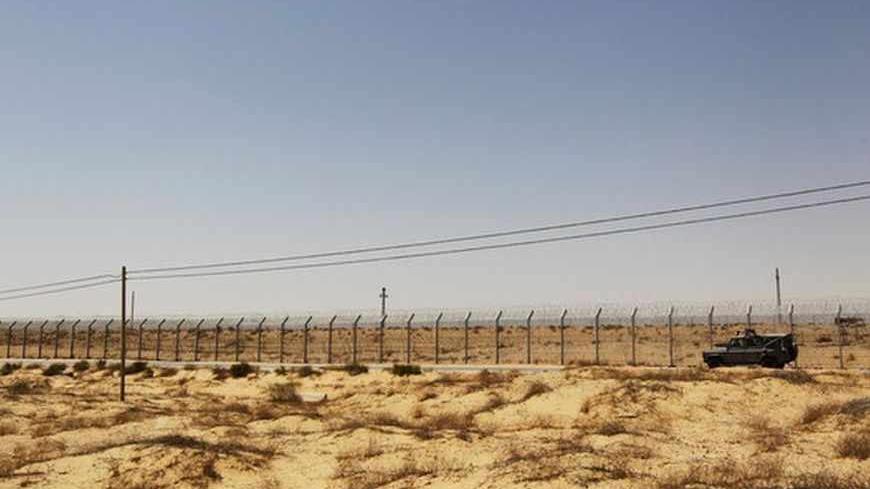 Last week, Egypt embarked on its most extensive military operation in the Sinai peninsula in almost half a century. The target of this unprecedented deployment is an array of disaffected Egyptians and jihadi foreigners intent upon defying the seat of Egyptian power and sovereignty centered in Cairo.

Israel is a key partner in this Egyptian effort. Ironically, the anarchy in Sinai has prompted a new era of enhanced security cooperation between Israel and Egypt. The promise of the Arab Spring may be uncertain, but the Jerusalem-Cairo axis is one arena where a newly energized system of relations is being forged on the crumbling foundations of the old order. Egypt and Israel are creating a new basis for mutually beneficial relations, in the process ignoring not only key aspects of their historic peace treaty signed in 1979, but also reducing the role of what was once deemed to be the critical actor in that relationship — the United States.

For two generations the United States was at the center of a strategic partnership between Cairo and Jerusalem. Washington built its regional security strategy around the rapprochement that followed the October 1973 War and invested heavily in its vitality. Economic and military aid to the two nations dwarfed similar US programs elsewhere. “Investing in peace” established a solid security and political rationale for supplying billions to both Egypt and Israel.

An iconic photograph taken at the treaty signing ceremony, showing a beaming US President Jimmy Carter standing between Egyptian President Anwar Sadat and Israeli Prime Minister Menachem Begin, their hands outstretched in a tripartite handshake, said it all. The United States was the critical midwife of this relationship, and its support was vital to its maintenance.

The photograph is now well into middle-age. It has yellowed and its corners are brittle and worn from use. So too the old order of things that it celebrated. Like the photo, the structure that Washington championed reflects the hope and concerns of a bygone era — one that is not so much collapsing as evolving to accommodate seismic changes in the challenges confronted by a revolutionary Egypt and the new security environment along Israel’s southern border, shared with its troubled neighbor. In this new picture, the United States is no longer at the center of things. In some key respects it is not even in the picture. In a path-breaking departure from past practice, Washington is viewed in both Cairo and Jerusalem as an obstacle to be overcome or ignored rather than a key player in solving the shared problems at the top of their mutual security agenda.

Washington was long viewed by all parties as the glue that cemented what was often a bloodless bilateral relationship. True, Washington and particularly Congress, always viewed Egypt as the junior partner in this menage a trois, but today, ambivalence if not outright hostility define the bilateral relationship between Washington and post-Mubarak Egypt. The Obama administration can’t quite decide whether Egypt is friend or foe.

“I don’t think that we would consider them an ally, but we don’t consider them an enemy,” President Barack Obama observed in September last year, soon after violent demonstrations at the US Embassy in Cairo.

Today, it is Israel that finds itself in the awkward position of trying to convince Washington’s skeptical political (if not security) class to reaffirm a partnership that it once sponsored. Yet, Washington’s imprimatur is far less important today to the vitality of the Israel-Egypt relationship than it was in the past. Israel and Egypt, first during the short-lived rule of President Mohammed Morsi and now under Gen. Abdel Fattah al-Sisi, are redefining their relationship to address the shared concerns of this new era.

The lawless region of Sinai and to a lesser extent the Gaza Strip top this list in both Cairo and Jerusalem today. In each of these areas the US-sponsored treaty, constructed to address problems that have not so much disappeared as been overcome by the new realities on the ground, has nothing to contribute. The security situation in Sinai — defined by a local and growing wide-ranging insurgency against the central government — is unlike anything envisioned in the treaty, which was focused on preventing a classic conventional war between Israel and Egypt. The treaty tools available to Egypt to address today’s war are inadequate and unsuited to the task. The treaty does not enhance, but in some respects acts as a break on solving the problems both parties face today. And so it is being ignored by Israel and Egypt alike.

In the past few years, Egypt, with Israel’s consent, has deployed almost a division of army forces — close to 5,000 men — to the peninsula to combat the insurgency. Egyptian battle tanks have been transported over the Suez Canal for the first time since the peace agreement. Egyptian aircraft deployed in Rafah fly intelligence missions, careful however not to peek across the border into Israel. Apache helicopters are deployed against local and jihadi forces, and even overfly the southern Gaza Strip on occasion.

These deployments are a clear violation of the terms of the treaty that all but prohibited the introduction of regular Egyptian troops across the Suez Canal — a perfect example of how the treaty was designed to prevent the last — October 1973 — war. For years, Israel refused the efforts of Egyptian generals, chafing at the indignity of being denied the right to redeploy its forces in sovereign Egyptian territory.

But a new chapter was opened when Israel retreated from the Gaza Strip and ended its control over the border between Gaza and Egypt along the “Philadelphi” border in 2005. By mutual agreement, Egypt and Israel agreed to the introduction of new Egyptian forces in Sinai in numbers that have been progressively increased as the anarchy in Sinai has grown from limited concerns about the transfer of arms from Egypt to Gaza to a systemic loss of Egypt's sovereign control over large parts of the peninsula. The United States has not played a central role in these deliberations.

And where it does — notably the deployment of the Multinational Force of Observers (MFO) — the revolutionary transformation of security realities in Sinai, and a sour mood in Washington, call into question the future of the US-led contingent. The troops and experts of the MFO were established by the 1979 treaty to monitor compliance with the terms of the treaty. The force’s creation was both a clear symbol of the US commitment to the new regional security framework and the importance that all parties attached to such a visible US role in maintaining the peace.

A decade ago, cost-cutters at the Pentagon, including then-Secretary of Defense Donald Rumsfeld, argued for the MFO's elimination as an expensive and unnecessary expense. Their hardheaded view failed to prevail over those, including leaders in Cairo and Jerusalem, who argued against the signal such a US retreat would send about a reduced US commitment to the strategic alliance.

Today, the MFO is hunkered down, focused on force protection in the Wild West that Sinai has become. Its mission to monitor violations to the treaty — when Egypt and Israel have agreed to do so as a matter of policy — is passe. The MFO is hostage, figuratively and literally, to the new environment in Sinai. And what is to be said about the US commitment to the regional security framework that the MFO symbolizes when serious consideration is being given in Cairo and Washington to ending US-Egyptian aid and security ties? The question to be asked is increasingly not whether the MFO will remain, but whether anyone will notice if it doesn’t.

Geoffrey Aronson writes regularly on Middle East issues for Al-Monitor and is editor of the Report on Israeli Settlement in the Occupied Territories, published by the Foundation for Middle East Peace in Washington, DC.