The Islamic State maintains a presence in the Salah ad-Din area of northern Iraq. 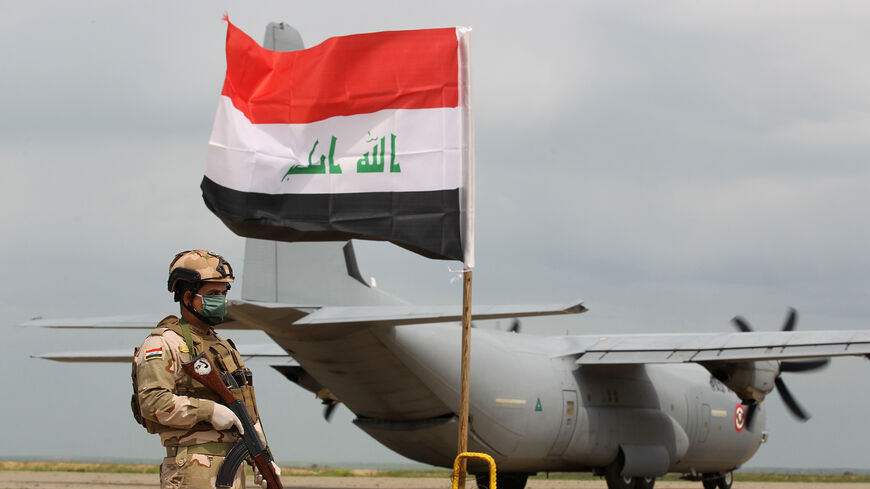 AN Iraqi soldier stands guard in front of a US military air carrier at the Qayyarah air base on March 26, 2020. - AHMAD AL-RUBAYE/AFP via Getty Images

Pilots commanding F-16 fighter jets carried out the aerial strikes northwest of Mutaybija in Iraq’s Salah ad-Din province in the north of the country. They destroyed a tunnel used for smuggling weapons, a generator and other structures used by “terrorists,” Iraq’s Security Media Cell said yesterday.

The statement did not specify who the strikes targeted. In April, the Iraqi air force bombed Islamic State fighters in Mutaybija.

IS was territorially defeated in 2017 but continues to operate in the country. The group conducted a deadly attack on a village near Diyala north of Baghdad in October. Iraqi forces arrested a group of IS fighters earlier this month. IS’ continued presence is one factor pushing Iraqis to flee abroad.

The mysterious insurgent group the White Flags has also been active in northern Iraq in recent years.

Iraq’s air force also carried out airstrikes against unspecified “terrorists” near the disputed northern city of Kirkuk in September.