There have been several Islamic State attacks in rural areas of northern Iraq recently. 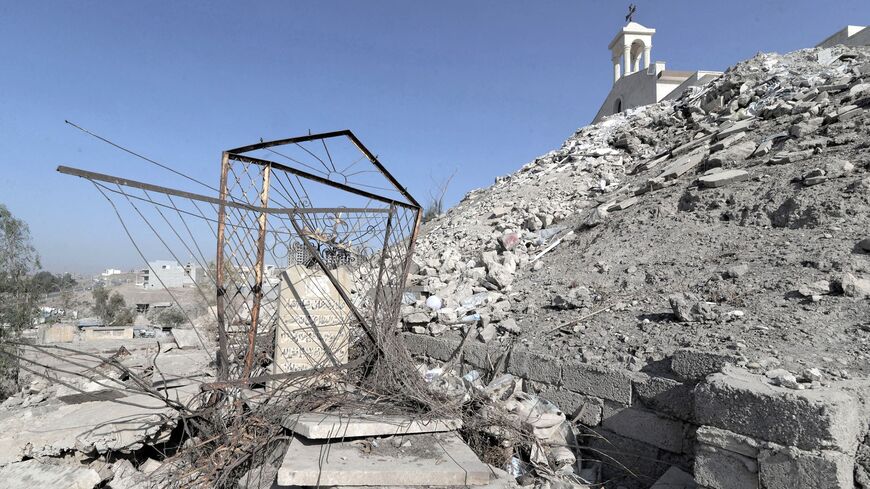 This picture taken on Nov. 19, 2021, shows a broken tombstone damaged by Islamic State (IS) group fighters during their occupation of northern Iraq, at the Chaldean Monastery of St George in Mosul. - ZAID AL-OBEIDI/AFP via Getty Images

The Iraqi air force conducted airstrikes against the Islamic State (IS) in the Hamrin mountains today, the military announced.

Iraqi pilots in Czech-made Aero L-159 Alca fighter jets bombed hideouts and equipment belonging to IS in the mountains, which are located in the northern Diyala province. The targets were successfully destroyed, the Security Media Cell said on Facebook.

Iraqi and Kurdistan Region forces have attributed several recent attacks to IS. In early October, a man detonated himself in a vehicle in the western Anbar province. Later that month, IS attacked a Shiite tribe in Diyala, which prompted retaliatory attacks on Sunni civilians in the area. IS also killed two of the Kurdistan Region’s peshmerga soldiers in an ambush in late October.

Iraqi forces defeated IS in 2017, backed by the US-led military coalition. The group has remained active since then, however, particularly in Sunni majority areas and territories disputed between the federal and Kurdistan Region governments. IS’s continued presence is one factor pushing Iraqis to emigrate abroad.

A division of Iraq’s Popular Mobilization Units also arrested an alleged IS member in Anbar today, according to the Security Media Cell.