The Islamic State is still active in Iraq, despite losing its territory in 2017. 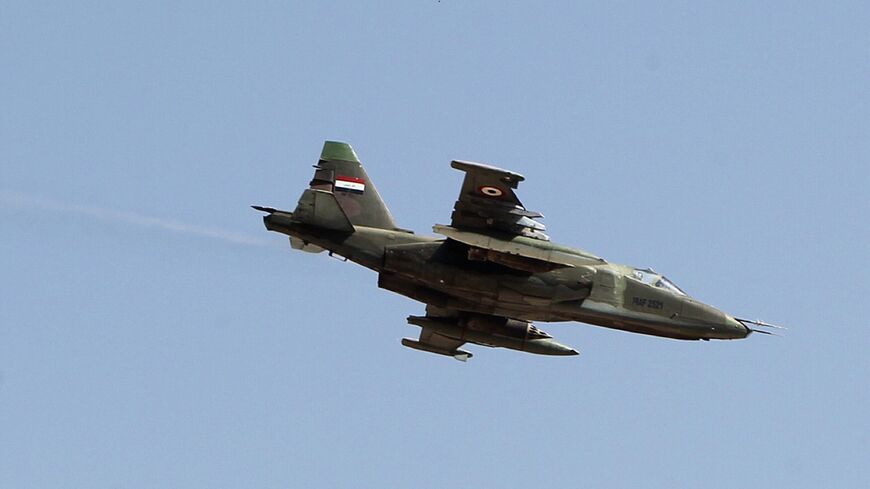 An Iraqi Sukhoi Su-25 jet flies over the town of Amerli on September 3, 2014. - AHMAD AL-RUBAYE/AFP via Getty Images

Iraq announced new airstrikes against “terrorists” near the disputed northern city of Kirkuk on Wednesday.

The Iraqi air force conducted “destructive strikes” targeting hideouts belonging to unspecified groups in Wadi Shay, southwest of Kirkuk. They used Russian-made Sukhoi Su-25 aircraft, military spokesman Yehia Rasool said in a tweet. Some US-made F-16 fighter jets carried out additional strikes targeting hideouts, which led to smoke and the sound of explosions in the area, according to Rasool.

The Islamic State (IS) lost its final territory to Iraqi forces, backed by the US-led coalition, in 2017. The group has remained active since then, and carries out hit-and-run attacks in Sunni Muslim majority areas of the country.

Non-IS insurgent groups may also be active in Iraq. In 2018, Iraqi forces battled with a group purportedly called the White Flags outside of Kirkuk. Their exact relationship to IS was not known.