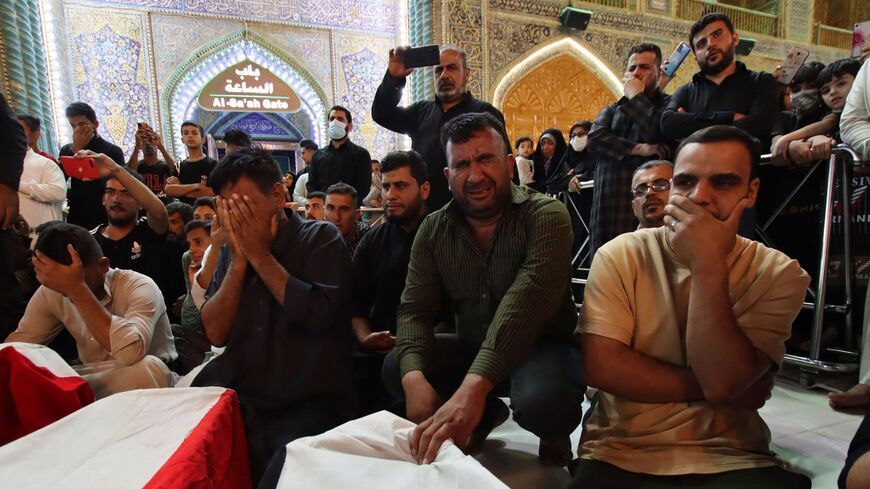 Mourners surround the caskets of victims of an attack on the village of Al-Rashad in Iraq's eastern Diyala province that reportedly killed at least 11 people during their funeral in Najaf the next day, Oct. 27, 2021. - ALI NAJAFI/AFP via Getty Images

The six alleged IS members were detained in Ramadi and Fallujah in Iraq’s western Anbar province. Brig. Gen. Yehia Rasool tweeted that another “terrorist” was arrested in Baghdad.

The operation followed a deadly IS attack in the north that killed two of the the autonomous Kurdistan Region’s peshmerga soldiers Saturday night. The attack occurred in Pirde on the border of the Kurdistan Region and federal Iraq, Kurdistan Region Prime Minister Masrour Barzani said in a press statement.

Iraqi forces largely defeated IS in 2017 with support from the US-backed coalition. The group has remained somewhat active since then with small-scale hit-and-run attacks in Sunni areas recently. Last week, IS killed 12 civilians in Diyala northeast of Baghdad.

The Iraqi justice system has been criticized for its treatment of alleged IS members, including reports of unfair trials and torture.