The Islamic State continues to operate in Iraq despite losing its territory there years ago. 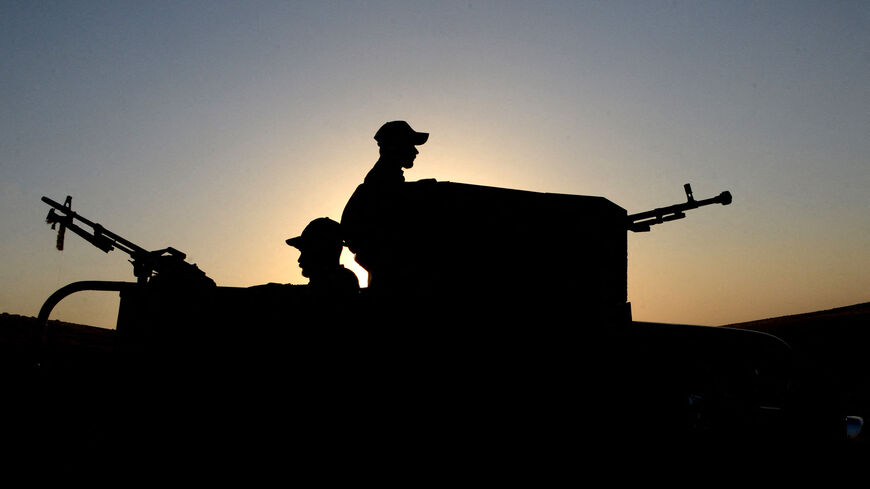 Iraqi forces patrol during military operations in the south and west of the northern Iraqi city of Mosul in search of Islamic State militants on July 11, 2021. - ZAID AL-OBEIDI/AFP via Getty Images

The shooting occurred in the Diyala province northeast of Baghdad, in the village of Al-Rashad. Twelve civilians were killed and at least 15 were injured, the Iraqi news outlet Shafaq reported. The Associated Press reported the death toll as at least 11 civilians and six injured. The IS fighters kidnapped two residents of the village earlier and then launched the attack after their ransom demand was not met, according to the outlet.

Federal Iraqi and Kurdistan Region peshmerga forces backed by a US-led coalition defeated IS in 2017, though the group has remained active in the country. IS has been conducting small-scale attacks in Iraq this year, particularly in predominantly Sunni Muslim areas. Iraqi and tribal forces continue to fight IS. Unclaimed attacks also continue to plague Iraq, such as the deadly bombing of a Baghdad marketplace in July.

IS has been particularly active in Diyala since its territorial defeat.

Also last night, Iraq’s Security Media Cell announced the arrest of two men who allegedly caused an explosion in Diyala. The report did mention their affiliation.