The secretary of Iran’s Supreme National Security Council said that President Joe Biden must be prepared to give assurances that future administrations won't abandon a revived nuclear deal. 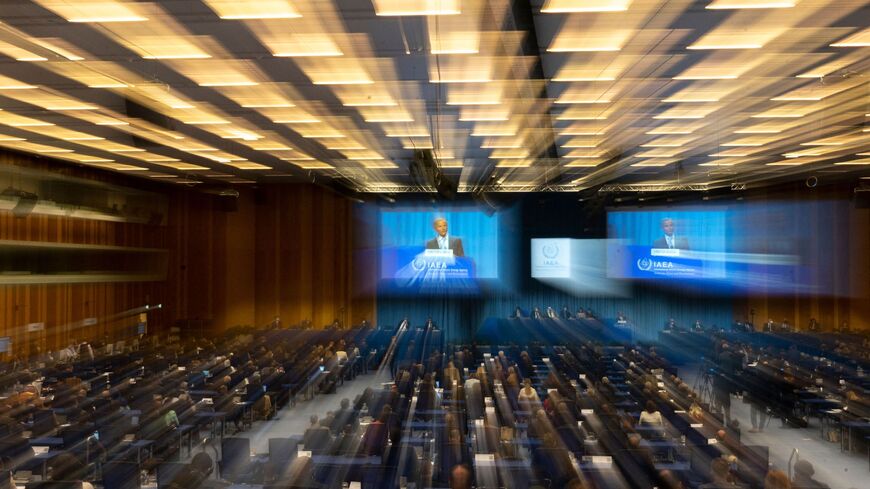 Rafael Grossi, director of the International Atomic Energy Agency, speaks during an annual meeting of all member states, at the agency's headquarters in Vienna, Austria, Sept. 20, 2021. - JOE KLAMAR/AFP via Getty Images

Efforts to salvage the landmark nuclear agreement won't succeed unless the United States provides guarantees that it won’t renege on the deal, the secretary of Iran’s Supreme National Security Council said on Wednesday.

“The US President, lacking authority, is not ready to give guarantees. If the current status quo continues, the result of negotiations is clear,” Ali Shamkhani said in a tweet.

Shamkhani’s tweet comes after Iran’s top nuclear negotiator said last week that multilateral talks over the nuclear deal would resume in November. Iran and six world powers began talks in April aimed at reviving the Joint Comprehensive Plan of Action, which offered Iran sanctions relief in exchange for constraints on its nuclear program.

The last round of talks ended in June after the election of hard-line Iranian President Ebrahim Raisi. Until recently, Tehran had refused to say when — or if — it was prepared to return to Vienna for a seventh round of talks.

The United States and the other parties to the JCPOA have increasingly warned that time is running out to cinch a deal as Iran continues to make advances in its nuclear program. On Sunday, Secretary of State Antony Blinken said  there is “still a window” for Iran to return to the negotiating table.

“We continue to believe that diplomacy is the best way to deal with the challenges, the threat posed by Iran’s nuclear program,” Blinken told CNN’s “State of the Union.”

One of the main sticking points to emerge from the previous rounds of talks is Iran’s insistence that the new deal contain guarantees that the future administrations in Washington won’t exit the deal, as Trump did three years after President Barack Obama sealed the agreement in 2015.

The Biden administration has said such assurances are impossible, but that the United States has no intention of withdrawing from a renegotiated deal.