Indirect talks between the United States and Iran on the latter’s nuclear program will resume in late November after months of delay. 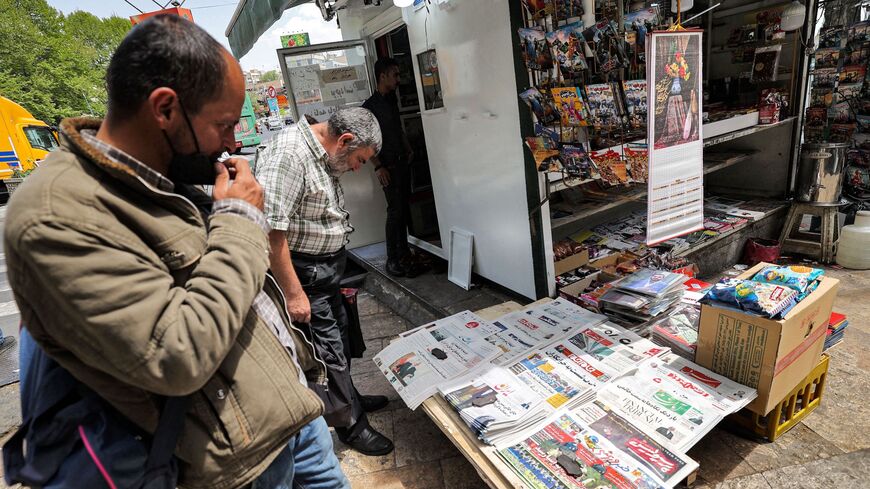 Men view the covers of local newspapers laid out at a stall in the Shemiran district of Iran's capital Tehran on April 14, 2021. - ATTA KENARE/AFP via Getty Images

Iran announced today it has increased its stockpile of enriched uranium.

Enrichment of uranium is necessary for the development of nuclear energy. A nuclear weapon can be developed with uranium that is enriched at 90%. Iran insists its nuclear program is for peaceful purposes. Some countries in the region, notably Israel and Saudi Arabia, accuse Iran of seeking to produce a nuclear warhead.

Kamalvandi made the announcement at an “exhibition of Iran's nuclear achievements” in Tehran, according to Press TV.

The timing of the comments is notable. Negotiations on the Iran nuclear deal will resume in Vienna, Austria, on Nov. 29, the European Union announced Wednesday.

The 2015 Iran nuclear deal removed sanctions on Iran in exchange for the country scaling back its nuclear program. One of the key stipulations is that Iran cannot enrich uranium above 3.67%. The United States, the European Union, the United Kingdom, Russia and China signed the agreement with Iran that is officially known as the Joint Comprehensive Plan of Action.

Former US President Donald Trump withdrew the United States from the JCPOA in 2018 and reimposed harsh sanctions. Iran then stopped complying with the agreement.

US President Joe Biden wants Iran to first return to compliance before the US re-renters the JCPOA -- compliance for compliance. Iran demands sanctions removal first and is seeking a guarantee that the United States will not leave the deal again. Indirect talks between the two began in Vienna earlier this year. The other countries remain party to the deal and are involved in the deliberations.

The Biden administration has both removed some sanctions and imposed new ones on Iranian allies since the talks began.

The Vienna talks stopped in June after hard-liner Ebrahim Raisi was elected president of Iran. In recent weeks, European diplomats have been working to resurrect the talks.

Iran’s announcement on its enriched uranium stockpile could lead to criticism from Europe. Last month, a French diplomat publicly criticized the Islamic Republic for continuing to violate the JCPOA.