Qatar will act as the formal diplomatic messenger between Afghanistan's Taliban leaders and Washington. 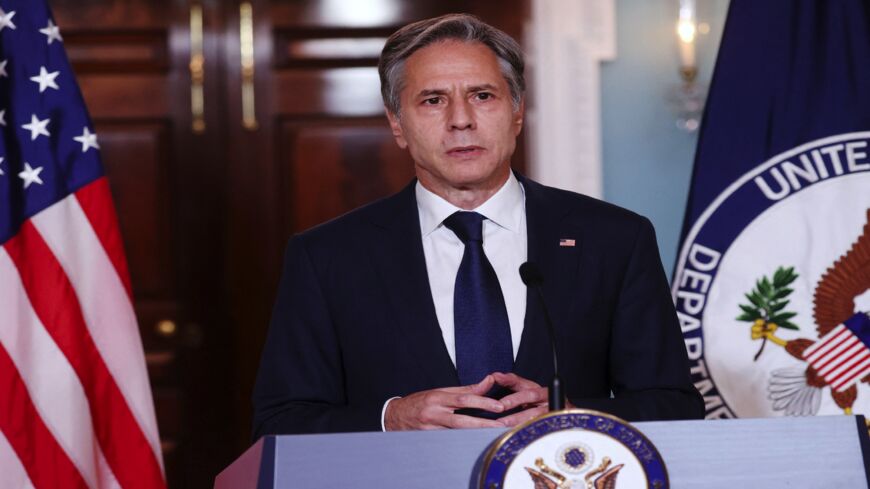 US Secretary of State Antony Blinken delivers remarks following talks on the situation in Afghanistan at the State Department in Washington, DC, on Aug. 30, 2021. The United States embarked on a "new" chapter regarding Afghanistan and shifted its diplomatic operations to Qatar, Blinken said, as he expressed commitment to helping every American who wants to leave the war-weary nation. - JONATHAN ERNST/POOL/AFP via Getty Images

The tiny Gulf country will act as the “protecting power” for the United States in Afghanistan under an agreement signed Friday in Washington by Blinken and Qatari Foreign Minister Sheikh Mohammed bin Abdulrahman Al Thani.

The United States no longer has a diplomatic presence on the ground in Kabul, and US officials have indicated reopening the now-shuttered embassy is not on the table.

Instead, Qatar will establish a US interests section at its own embassy in Kabul to provide certain consular services, Blinken said in remarks alongside the Qatari foreign minister at the opening of the US-Qatar Strategic Dialogue.

Under the US-Qatari agreement, which was first reported by Reuters, Doha will also monitor the security of the vacated US diplomatic facilities in Afghanistan.

Why it matters: The United States has not recognized the Taliban as the legitimate government of Afghanistan and has conditioned doing so on the insurgent group respecting the basic rights of women, allowing unhindered access to humanitarian aid and making good on other governance pledges.

For now, Qatar will serve as the go-between for the interim Taliban leadership and American diplomats, who have relocated to a remote mission in Doha. The United States has similar arrangements with Switzerland acting as the US protecting power in Venezuela and Iran, and with Sweden as the intermediary in North Korea.

What’s next: Qatar, which is home to the largest American air base in the Middle East, has played a key role in evacuating and temporarily housing American citizens and at-risk Afghans. According to Blinken, roughly half of the more than 124,000 people evacuated in August transited through Qatar.

“Qatar was honored to be in a trusted position to step up and rescue so many people, and we will continue to be an instrument of peace and stability in the region,” Thani said in remarks Friday.

Blinken said that as of Nov. 10, all US citizens who asked for US government help leaving Afghanistan and who have the necessary travel documents "have been offered an opportunity to do so."

A second agreement signed Friday formalizes the US partnership with Qatar to serve as a transit point and facilitate the travel of at-risk Afghans holding special immigrant visas, which are issued to former US military translators who want to resettle in the United States as legal permanent residents.