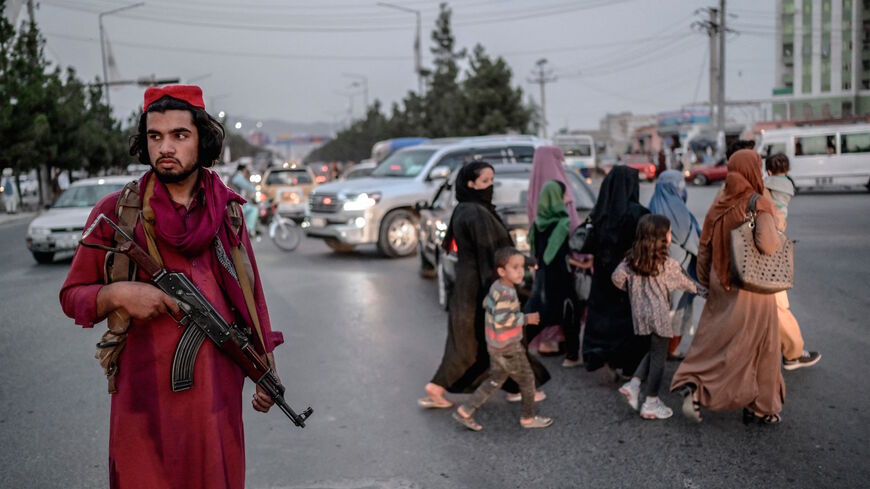 A member of Taliban stands guard along a road in Kabul on Sept. 30, 2021. - BULENT KILIC/AFP via Getty Images

Qatar is disappointed by the Taliban’s handling of human rights in Afghanistan, particularly its treatment of women and girls, the Gulf country’s chief diplomat said Thursday.

“The recent actions that we have seen, unfortunately, in Afghanistan — it has been very disappointing to see some steps being taken backward,” Qatari Foreign Minister Sheikh Mohammad bin Abdulrahman Al Thani told reporters in Doha.

"We have also been trying to demonstrate for the Taliban how Muslim countries can conduct their laws, how they can deal with the women's issues," said the Qatari foreign minister.

“One of the examples is the State of Qatar, which is a Muslim country. Our system is an Islamic system [but] we have women outnumbering men in workforces in government and in higher education,” Al Thani said.

Human rights organizations, however, have pointed to Qatar’s own restrictions on women, including a male guardianship system that limits the freedom of women to marry, work and travel.

Al Thani’s comments come amid mounting fears the Taliban will erase many of the hard-won gains for Afghan women. The country’s new rulers say they will respect the rights of women and girls, but early indications are not promising.

Following the withdrawal of US troops last month, the Taliban has told women in some areas to stay home from work and imposed restrictions on girls’ secondary schooling. The Taliban, which adhere to an extreme interpretation of Islam, has also appointed an all-male cabinet and has shuttered the Ministry of Women's Affairs.

Across Afghanistan’s major cities, recent protests against the hard-line restrictions were met with a violent response from the Taliban, with the group’s fighters reportedly beating some female demonstrators.

Qatar, which has emerged as a major power broker of Afghanistan’s future, has repeatedly called on the Taliban to preserve women’s rights. The Gulf country, which hosted peace talks between the militant group and the former Western-backed Afghan government, is now home to the US remote mission for Afghanistan.

Doha also played a key role in facilitating the evacuation of thousands of US citizens, foreigners and at-risk Afghans. In the weeks since the Taliban takeover, Qatar’s state airline has chartered multiple evacuation flights from Kabul’s international airport.