Cairo has opened a rehabilitation center for prisoners designed according to American standards and big enough to serve a quarter of the country’s inmates. While some citizens have hailed the move, other say it's meant to distract from the country's human rights record. 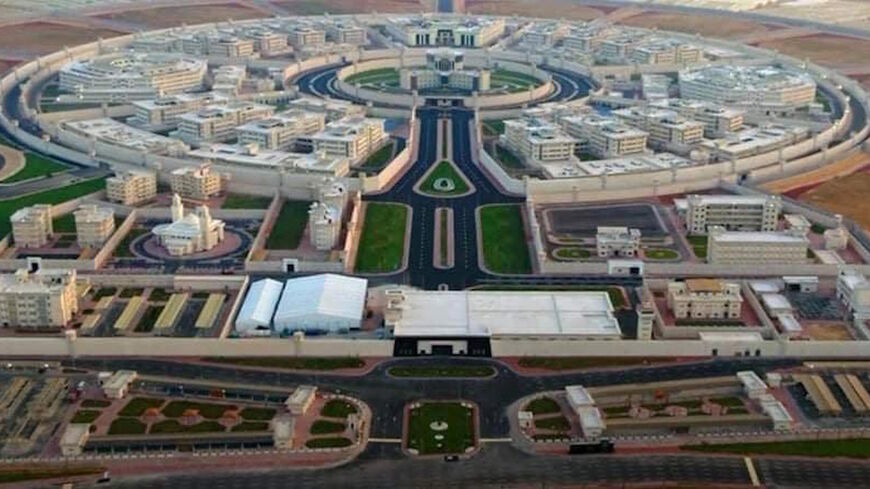 A image shows a model of the new rehabilitation center. - Facebook/Qalyubia governorate

CAIRO — Egypt’s Interior Ministry announced Oct. 28 the inauguration of the Wadi al-Natrun Correction and Rehabilitation Center, the first of its kind in the country.

Once the center is fully operational, 12 prisons, representing 25% of the total number in Egypt, will be closed.

The ministry said that the center shows its belief in human rights and the development of places of detention. Also, the move may save money, given that the investment value of the prison sites to be shut down exceeds the cost of establishing rehabilitation centers.

According to the ministry, the center, which was built in only 10 months, was designed with the latest technology, and the new rehabilitation and correction programs are based on studies to reintegrate detainees in society after their release.

The center’s detention areas have adequate ventilation and natural light, in addition to areas dedicated to religious rites, studies, sports fields, playgrounds, vocational and technical training centers, and a hospital. This is not to mention a complex for courts, which saves the trouble of transferring the inmates for trials. The new site also has agricultural production areas and space for outlets to sell the inmates’ products.

In a telephone interview with Egyptian Television on Sept. 15, Egyptian President Abdel Fatah al-Sisi said that the center will be one of seven or eight prisons in Egypt that will be designed according to the American model.

“Providing the necessary infrastructure to implement human rights standards in relation to the penal system is an integral part of reforming this system, especially since Egypt has long suffered from inadequate places of detention,” Walaa Gad al-Karim, member of the state-owned National Council for Human Rights, told Al-Monitor.

The new site "constitutes a major step toward developing prisons and ensures the application of the punitive system in accordance with international standards in relation to prisons, taking into accounts the UN recommendations for reforming prisons,” he added.

Egypt has been the target of criticism by human rights organizations and Western countries, describing the prison conditions as life-threatening as a result of overcrowding, physical abuse, inadequate health care, poor infrastructure and ventilation.

Maj. Gen. Mohammed Nagib, the former assistant interior minister for the prison sector, told Al-Monitor, “All the new prisons that have been recently built meet human rights requirements in terms of ventilation, space, food, and rehabilitation.”

He added that “Previously, the concept of a prison according to the law meant a place for discipline and reform, but it is now a place for rehabilitation and correction.”

While some social media users hailed the new center as a place where the prisoners’ human rights are respected, others ridiculed the news, arguing that the main goal is for investment since the lands of the closed prisons will be resold.

Others said it is an attempt by the state to improve its image before human rights organizations. Some internet users criticized the center’s remote location, which would cause hardship to the prisoners’ families and relatives in visiting them.

In a telephone interview on MBC Oct. 29, Diaa Rashwan, a member of the Board of Trustees of the Egyptian Organization for Human Rights (EOHR), an independent organization, said, “We must be optimistic about the development in Egypt, especially since there were foreign reports criticizing the Egyptian prisons’ conditions.”

He added that those who are criticizing the Wadi al-Natrun Correction and Rehabilitation Center are the same people who previously castigated the prisons’ conditions.

For his part, Nagib considered that paying attention to the prisoners’ health and rights in a relatively remote center is better than keeping them in a nearby detention center that does not safeguard their rights.

Karim said, “Even if this move aims at improving Egypt’s image in relation to the human rights situation, it is a good step." He dismissed the criticism of selling the older prisons as "baseless" because the money will "provide job opportunities for many Egyptians, in return of building better new prisons that would guarantee all legal rights of the inmates."