Up to 5,000 Afghans fleeing to Iran daily, aid group says

The Norwegian Refugee Council said some 300,000 Afghans have crossed into Iran since the Taliban's takeover in August. 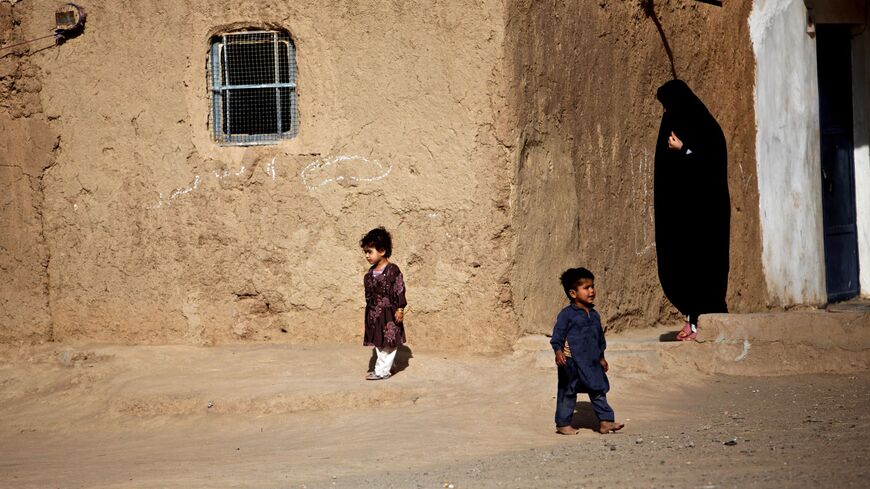 Afghan children wander at the Shahid Nasseri refugee camp near the city of Saveh, Iran, some 130 kms southwest of the capital Tehran, on Feb. 8, 2015. - BEHROUZ MEHRI/AFP via Getty Images

Since the fall of the Afghan government and chaotic withdrawal of US forces in August, an estimated 300,000 Afghans have crossed the border into neighboring Iran, the aid agency said. NRC expects the numbers to rise by hundreds of thousands as Afghanistan’s harsh winter approaches and its humanitarian crisis intensifies.

“Iran cannot be expected to host so many Afghans with so little support from the international community,” NRC Secretary General Jan Egeland said in a statement. “There must be an immediate scale-up of aid both inside Afghanistan and in neighboring countries like Iran, before the deadly winter cold.”

Afghan refugees are considered the third-largest displaced population in the world, with 90% of those who fled living in Iran and Pakistan. According to the United Nations’ refugee agency, Iran hosts some 3.6 million Afghans, roughly 780,000 of whom are formally registered as refugees.

“We commend Iran for welcoming and hosting millions of displaced Afghans for the past four decades,” Egeland said. “But now the international community must step up to support Afghanistan’s neighbors and share the responsibility to help them to continue welcoming refugees.”

The UN’s nearly $300 million appeal for Afghan refugees is only 32% funded. NRC called on wealthy nations to increase their aid and keep their borders open. The agency called out Poland in particular for its deportation of Afghan asylum seekers.