The Biden administration is making public its formerly private objections to Israel's policies. 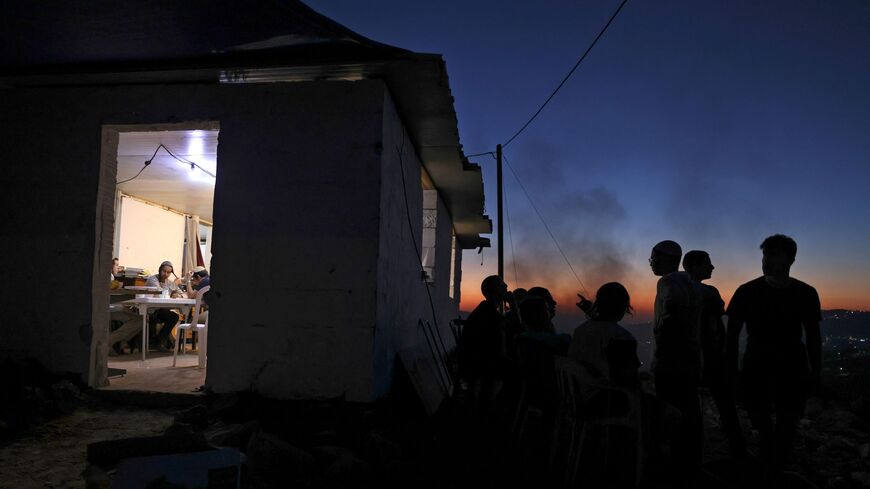 Israeli settlers gather in the newly established wildcat outpost of Eviatar near the northern Palestinian city of Nablus in the occupied West Bank, on June 28, 2021. - MENAHEM KAHANA/AFP via Getty Images

The Biden administration is “deeply concerned” about Israel’s move to advance plans for thousands of new settlement housing units, “many of them deep in the West Bank.”

Israel’s civil administration is set to meet Wednesday to review proposals to build an additional 3,100 housing units in existing settlements, as well as 1,300 new units in Palestinian towns under Israeli administration.

“We strongly oppose the expansion of settlements, which is completely inconsistent with efforts to lower tensions and to ensure calm. And it damages the prospects for a two-state solution,” Price told reporters in Washington, calling the expansions “unacceptable.”

“We continue to raise this issue directly with senior Israeli officials in private discussion,” he said.

The US administration of President Joe Biden has until now avoided publicly condemning Israeli settlement practices in the occupied Palestinian territories, preferring instead to discourage such moves in private with Israeli officials.

Today’s public objection follows another rare sign of disapproval from the administration. Last week, Price said Israel did not warn the US in advance before designating six Palestinian rights groups as terrorist entities.

“We believe respect for human rights, fundamental freedoms and a strong civil society are critically important for responsible and responsive governance,” Price said.

Israel’s defense ministry accused the groups of being tied to the People’s Front for the Liberation of Palestine, a designated terrorist organization in the United States and Israel.

The exchange marks the first public dispute between the new Israeli government of Prime Minister Neftali Bennett and the Biden administration.

Until now, officials on both sides have spoken highly of their engagement on a variety of regional issues, preferring to keep disagreements away from the public eye amid tensions with Iran and efforts to convince Arab states to recognize Israel.

At least 400,000 Israeli settlers live in the West Bank, much of which has been occupied by Israel’s military since its 1967 war with its neighbors. Israeli courts regularly deem the settlements legal, despite widespread condemnation by international bodies.

The Biden administration has shown little interest so far in overtly pressuring Israel to halt the expansion of its settlements, which has broadly been deemed illegal under international law.

The settlements are widely seen as the largest remaining obstacle to a future two-state resolution to Israel's decades-long conflict with the Palestinians.