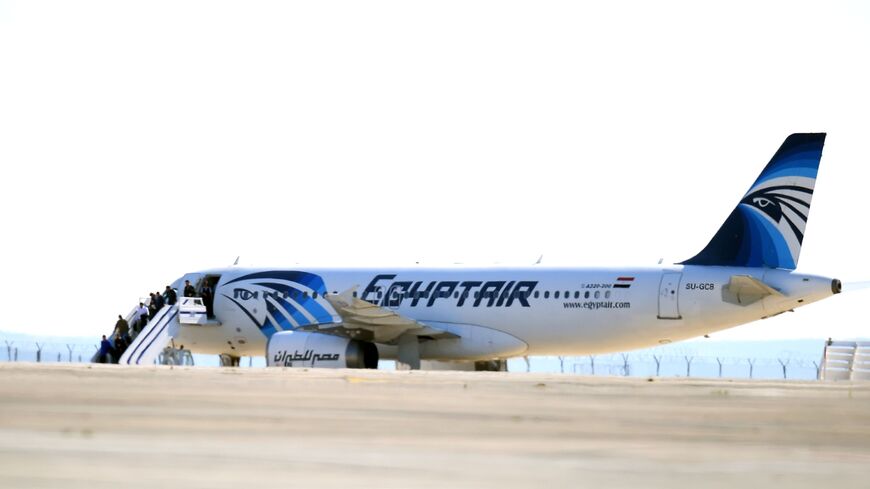 Passengers leave an EgyptAir Airbus A-320 sitting on the tarmac of Larnaca airport after it was hijacked and diverted to Cyprus on March 29, 2016. - GEORGE MICHAEL/AFP via Getty Images

An EgyptAir flight heading to the Russian capital Moscow returned to Cairo today after finding a “threat message.” Flight MS729 returned to the Cairo airport safely 22 minutes after its takeoff. The message was written and found on one of the aircraft’s seats, EgyptAir said in a statement.

The airline did not provide further details. A subsequent security inspection found no threat to the plane, the Associated Press reported.