The standoff between the municipality and police sparked violence at the historic ferry dock. 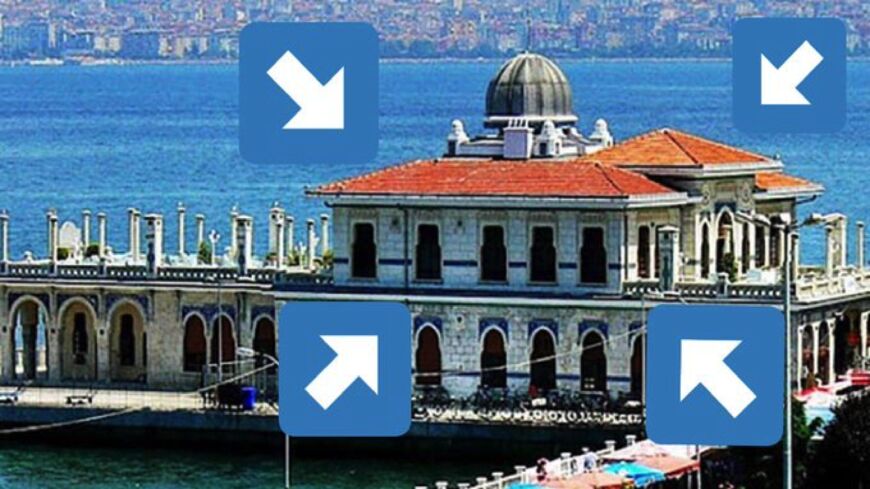 A violent standoff between Istanbul’s opposition-run municipality and the government of President Recep Tayyip Erdogan — which erupted today over property on Buyukada, the largest of the Princes' Islands off the coast of Istanbul — has deepened concerns over growing authoritarianism and the rule of law.

The row is centered on a space above Buyukada’s historic ferry dock that was leased for a symbolic monthly rate of 2,500 Turkish liras (about $280) by the Istanbul municipality — when it was still controlled by Erdogan's ruling Justice and Development Party (AKP) — to an Islamist outfit called the Turkish Youth Foundation, or TUGVA, founded by Erdogan’s younger son, Bilal. TUGVA used the facility, which is normally reserved for ferry passengers, as a cafeteria.

The top floor of this beautiful building is rented by TUGVA, a foundation whose advisory board includes the son of the Turkish President.

Want to guess how much they pay in rent?

That’s per month not per day.

The secular main opposition Republican People’s Party (CHP) insists the property was unlawfully leased to TUGVA, which in turn sublet it to a third party in a classic AKP move rewarding the party’s financial backers with lucrative state deals. The municipality duly launched a court case and won. Yet TUGVA refused to vacate the seaside venue, claiming its lease was still valid even though the municipality said the court had issued orders for their eviction.

On Sunday, the municipality decided to make a move demanding TUGVA leave the building. It refused. Things turned ugly.

The government sent in its own forces to counter the municipality’s security team and “in so doing, effectively used force in support of the unlawful actions of TUGVA,” said Erdal Dogan, an Istanbul-based human rights lawyer. Scenes of police shoving around local residents who thronged to the scene in support of the municipality chanting “justice” drew anger on social media.

The municipality changed hands in June 2019 when the CHP candidate, Ekrem Imamoglu, won local elections in Istanbul for a second time — Erdogan refused to concede defeat in the first round and ordered a revote. A tug of war between the municipality and the government ensued with the latter steadily chipping away at the former’s authority and starving it of finances.

In 2020, for example, the government took Istanbul's iconic Galata tower away from the municipality’s control and gave it the Culture and Tourism Ministry, which then promptly jacked up admission fees. In July, it forcibly removed the municipality’s mobile library for children from the district of Zeytinburnu where the bus was parked. It also prevented the municipality from raising funds for charity. The municipality, has, in turn, scotched lucrative contracts sealed by its AKP predecessors with numerous religious foundations, pro-government journalists and business people.

The CHP’s feisty Istanbul chairperson, Canan Kaftancioglu, who traveled to the island today with dozens of district chairs in tow, accused the AKP of usurping public property. “Those days are over now,” she said. Kaftancioglu confirmed that Ali Ercan Polat, the party official in charge of the islands, was undergoing treatment in hospital after being wounded by police. “I consider it shameful to call them the police of the state; they are TUGVA’s police,” she charged. The CHP says it will press charges against the police and TUGVA.

Dogan, the lawyer, noted that the government’s decision to mobilize the police against the municipality and the courts is a troubling signal of how Erdogan may react if he were voted out of office in presidential and parliamentary elections that are due to be held in 2023. The fact that he insisted on redoing the Istanbul municipal race exposed just how poor of a loser he is, Dogan added.

Recent opinion polls suggest that among potential contenders, Imamoglu stands the best chance of beating Erdogan in a presidential run. Erdogan and the AKP’s popularity is steadily waning amid soaring inflation and joblessness.