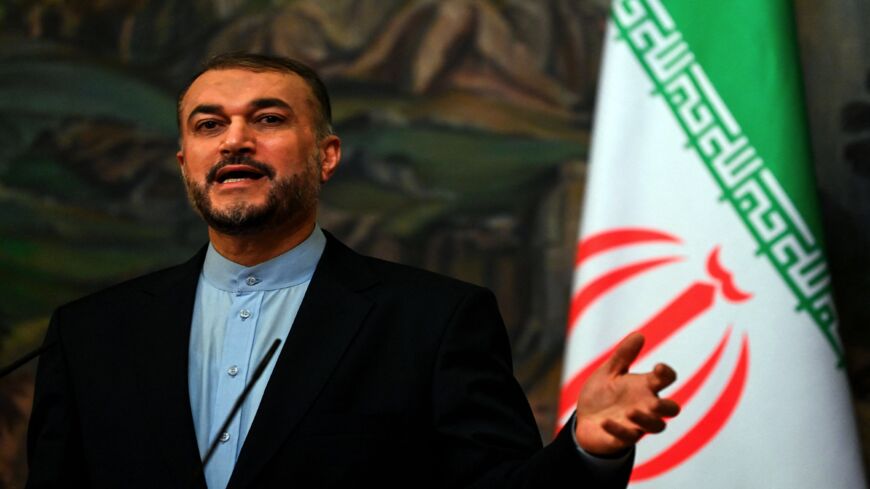 Heating up: Iran is escalating tensions with Azerbaijan over Baku’s longstanding close ties with Iran’s nemesis, Israel. Iran has staged troop exercises near the Azerbaijan border in response to joint Azeri exercises with Turkish forces, at which Azeri President Ilham Aliyev showed up in military attire. Azerbaijan has reportedly stopped Iranian trucks transiting to its rival, Armenia, and Iran has reciprocated by closing its airspace to Azeri military flights. The escalation may be backfiring: Baku now is reportedly considering buying the Israel Arrow 3 missile as a self-defense measure.

Context: Iran is concerned by Azerbaijan’s close ties to both Israel and Turkey. Israel buys Azerbaijan’s oil, and Azerbaijan buys Israeli weapons, including drone technology. Both Turkey and Israel backed Azerbaijan’s successful military campaign against Armenia last year in Nagorno-Karabakh, while Iran tilts toward Armenia as a counterweight to Turkish-Israeli-Azeri influence in the region. Azerbaijan also recently unearthed an Iranian cell in the country targeting Israeli interests. The relationship is complicated by the fact that ethnic Azeris make up approximately 25% of Iran’s population of about 83 million.

Shadow war comes into light: Meanwhile, the shadow war between Israel and Iran appears to be picking up. Israel tagged Iran for a reported assassination plot against Israeli businessmen in Cyprus, which Jerusalem has labeled an “act of terror.” Israeli security officials consider the move retaliation for Iran’s killing of Iranian nuclear scientist Mohsen Fakhrizadeh in November 2020, as Ben Caspit reports here.

Iran puts Azerbaijan on notice: Meanwhile, Iran is only increasing its warnings to Baku:

-On Sept. 30, Iran Foreign Minister Hossein Amir-Abdollahian, in a meeting with Azerbaijan’s new ambassador to Tehran, Ali Alizadeh, warned that Iran “will not tolerate the Zionist regime’s presence along its borders and will take necessary measures against the regime’s activities.”

-On Oct. 4, Amir-Abdollahian, after meeting in Tehran with Armenia Foreign Minister Ararat Mizoyan, said, “We are witnessing the presence of foreign terrorists and the destructive activities of the Zionist regime in the region.”

-On Oct. 6, Iran's Supreme Leader Ayatollah Ali Khamenei warned about the role of foreign (mostly US) armies in the region, referring to US forces and bases throughout the Middle East. Khamenei made a point of also referring to events “in the northwest of our country in some of our neighboring countries,” read Azerbaijan, adding the Arabic verse, “Those who dig a hole for their brothers will be the first to fall into it.”

-Also on Oct. 6, Amir-Abdollahian, in Moscow, said Iran “will not tolerate geopolitical change and map change in the Caucasus.”

Our take: The risk of an all-out border clash remains low. Turkey, given its broader relationship with Iran, would hardly be all-in in a conflict, and Iran can foment all sorts of trouble, if it prefers, in Azerbaijan and Nagorno-Karabakh. Israel, for its part, “does not expect the Iranian-Azeri crisis to deteriorate into open hostilities,” concludes Caspit, but there is concern that Iran is “becoming more determined and less fearful.”

Egypt’s president said he’s prepared to unleash the army on Egyptians who have illegally encroached on land owned by the state near the Nile River. President Abdel Fattah al-Sisi also instructed the government to deny subsidized food and other state-provided services to citizens who seized irrigation facilities and other property along the Nile. As George Mikhail writes, Sisi’s warning comes as Egypt and its neighbor, Sudan, are embroiled in a dispute with Ethiopia over water rights to the river. Cairo worries that Addis Ababa’s multibillion-dollar Grand Ethiopian Renaissance Dam, upstream from Egypt, could dangerously restrict its own freshwater supplies.

With talks over the Grand Ethiopian Renaissance Dam (GERD) at a standstill, Morocco and Ethiopia are ramping up their cooperation, which has not been well received in Cairo.

At the UN General Assembly last month, Moroccan Foreign Minister Nasser Bourita announced that the two countries would be teaming up on energy and resource development in Africa. The news follows an announcement from a Moroccan state-owned fertilizer company that it had inked a deal with Addis Ababa to build a $6 billion fertilizer complex.

As analysts told Khalid Hassan, Morocco’s outreach to Ethiopia comes as the kingdom seeks regional support in its conflict with the Algerian-backed Polisario Front, which seeks the independence of Western Sahara. In a move that suggests Ethiopia supports Morocco’s claim to the disputed territory, Addis Ababa recently announced plans to open diplomatic offices in the Western Saharan city of Laayoune.

Amberin Zaman examines whether Turkey — which is the main foreign backer of armed groups opposing Syrian President Bashar al-Assad — might follow the leads of Egypt and Jordan to test a reconciliation with Assad. Egypt Foreign Minister Sameh Shoukry met his Syrian counterpart during the UN General Assembly meetings in New York last month, Zaman writes, and last weekend Assad and Jordanian King Abdullah II spoke by phone, as we report here. Turkey’s opposition Republican People’s Party and the center-right Iyi Party have long advocated for restoring relations with Damascus. Those calls have only grown amid rising public resentment against Turkey’s Syrian refugee population. But more likely, Zaman writes, is that “Turkey’s unshakeable paranoia over Kurdish gains under US protection will likely be the root cause” of any future normalization.

The Knesset kicked off its winter session on Monday, posing a decisive test for the fragile coalition government assembled by Israeli Prime Minister Naftali Bennett and alternate premier, Foreign Minister Yair Lapid. As Mazal Mualem writes, “After doing the impossible and forming a government, they must ensure that every member of the coalition realizes that the structure they put together could fall apart at any given moment.”

The Bennett-led coalition, which has a razor-thin majority in the Israeli parliament and is under daily siege by former Prime Minister Benjamin Netanyahu, who leads Likud, the largest opposition party, must pass a second and third reading of the state budget by the end of November — and can’t afford any defections.

Lebanon’s financial woes aren’t only affecting the country’s human population. Animal rights activists say the country’s cash-strapped zoos are unable to adequately feed or care for their inhabitants. As Nuria Vila writes, many zoos are experiencing income losses at the same time the cost of basic goods is soaring. The Lebanese pound has shed nearly 90% of its value since 2019 as the small Mediterranean country experiences major shortages of food, fuel and medicines.

Animals Lebanon, an animal welfare NGO, is working to relocate zoo animals out of the crisis-hit country before it's too late. The group’s work advocating for animals living in poorly maintained conditions has so far led to the closing of four zoos.

A team of scientists has successfully used digital technology to reconstruct the faces of three men who lived in ancient Egypt over 2,000 years ago. The three mummies were discovered in Abusir el-Meleq, an ancient Egyptian city located south of Cairo. Using DNA data extracted from their mummified remains, the scientists produced 3D models to show what the trio looked like at age 25. The digitized faces, which consist of light brown complexions and dark hair and eyes, raise some ethical concerns. One Egyptology researcher told Hagar Hosny that the digitizations are “considered a violation of the sanctity of the bodies of the dead.”

In the first episode of Al-Monitor’s newest podcast, "Reading the Middle East with Gilles Kepel," renowned Egyptian novelist Alaa Al Aswany, author of the award-winning "The Yacoubian Building," discusses the Egyptian revolution and his book, "The Republic of False Truths," which was released in English this year. "The Egyptians I lived with in Tahrir Square have nothing to do with the Egyptians I used to live with before the revolution," Al Aswany tells Gilles. "They are probably the same people, but something happened, and this something is great." Check out the podcast here.