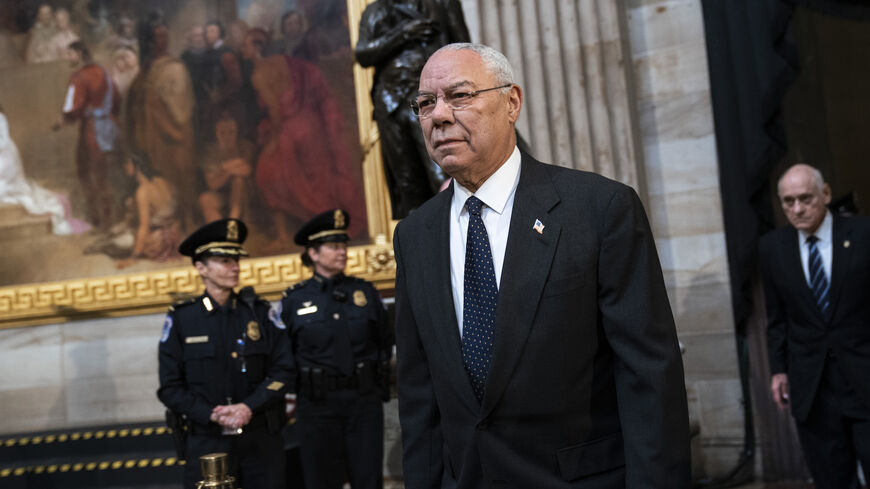 Former Chairman of the Joint Chiefs of Staff and former Secretary of State Colin Powell arrives to pay his respects at the casket of the late former President George H.W. Bush as he lies in state at the U.S. Capitol, Dec. 4, 2018 in Washington, DC. - Drew Angerer/Getty Images

Hot Take: 'You break it, you own it,' Powell said about Iraq — and he was right

We embrace and endorse the outpouring of eloquent remembrances and testimonials for Colin Powell, one of America’s most honorable and accomplished statesmen, who passed away on Oct. 18.

'Always part of my record.' Powell said his presentation to the UN Security Council on Feb. 5, 2003, in which he made the case against dictator Saddam Hussein based on what turned out to be mostly faulty intelligence about Iraq’s weapons programs, was a "blot" that "will always be part of my record."

'The only one.’ But focusing on Powell’s Security Council presentation does a disservice to his critical role as a voice of caution among the war cabinet of President George W. Bush. Powell won a few battles along the way, and Iraq policy was the better for them. He helped snuff the early discussion of an attack on Iraq at Camp David on Sept. 15, 2001, just four days after the al-Qaeda attack on the United States, and later convinced Bush, despite opposition from Vice President Dick Cheney and others, to pursue UN Security Council Resolution 1441, passed unanimously on Nov. 8, 2002, giving teeth to the UN weapons inspections regime and putting Saddam on notice about the seriousness of US intentions.

"He had been the only senior official in the Bush administration who had tried to slow the march to war," writes Karen DeYoung in "Soldier: The Life of Colin Powell," "and the only one to warn of the difficulty of putting a broken Iraq back together again."

Four quotes for the record on four must-reads on Bush, Powell and Iraq:

‘A powerful sense of loyalty’: "It would have taken a great deal for him to resign in protest over a single policy decision, given his military background. Powell possessed a powerful sense of loyalty and duty and patriotism, all of which meant he was willing to put up with a lot that made him uncomfortable. … Powell also possessed great confidence in his own considerable skills, which in turn gave him the belief that if he remained on the inside he would be able to help ensure that policy came out better than it would have had he left." (Richard Haass, War of Necessity, War of Choice: A Memoir of Two Iraq Wars)

And while Powell’s resignation would have been a "major story," Haass concludes, "my sense is that Bush would have pushed ahead" anyway.

President Kais Saied has garnered mixed reviews for his appointment of Najla Bouden, Tunisia’s and the Arab world’s first female prime minister. “In a country famed for its strong feminist movements and progressive pro-women legislation, the appointment seems on the surface another milestone for Tunisian women,” writes Elizia Volkmann.

But some critics say that by accepting the job, Bouden is legitimizing the president’s recent power grab. Bouden won’t have the authorities wielded by previous prime ministers, thanks to Saied’s Sept. 22 decree cementing his control of executive, legislative and judicial powers. Other Saied critics describe Bouden’s selection as a “pinkwashing” aimed at satisfying foreign donor governments by appointing a woman to the post.

2. Russia-Iran competition heats up in Caucasus

Iran and Russia are jostling for influence in Armenia following an escalation of tensions between Iran and Azerbaijan, including military exercises on both sides of the border.

Last year Azerbaijan, backed by Turkey, attacked and seized Armenian-occupied positions in the Nagorno-Karabakh region, warming what had been a most frozen conflict for almost 30 years.

During Iranian Foreign Minister Hossein Amir-Abdollahian’s visit to Moscow earlier this month, his Russian counterpart Sergey Lavrov made clear that Russia is "against the buildup of military activity" in the South Caucasus — a thinly veiled reference to recent Iranian military drills near the Azerbaijan border.

The South Caucasus has long been influenced by Russia, which has a defense pact with Armenia, and last year brokered a cease-fire that halted fighting in the Nagorno-Karabakh. And as Iran’s sway has waned in the predominantly Shiite country of Azerbaijan, it’s tried “to compensate with direct support from Armenia,” says Kirill Semenov. “But by doing so, Tehran is challenging not only Baku and its allied Ankara, but also Moscow,” which has been one of Armenia’s closest partners and isn’t looking for Iran to step up its role.

Turkish President Recep Tayyip Erdogan has hinted at a new military incursion against Kurdish groups in northern Syria, but his plans could hinge on Russia’s ambitions in the war-torn country.

Erdogan launched Operation Peace Spring in October 2019 with a green light from then US President Donald Trump, aiming to crush Syrian Kurdish "terrorism" and establish a security zone inside Syria to prevent a further influx of Syrians into Turkey, which already hosts 3.6 million refugees.

Ankara has set its sights on the northwestern Syrian town of Tell Rifaat, from where a series of recent rocket and missile attacks blamed on the Syrian Kurdish People’s Protection Units (YPG) has killed several Turkish soldiers.

Sources familiar with the deliberations between Ankara and Moscow told Metin Gurcan that Russia may be ready to give the go-ahead for a limited Turkish incursion, but the two capitals haven’t agreed just yet.

Russia, which expanded its military bases in Syria during the 10-year civil war, reportedly remains reluctant on Tell Rifaat, which would be a boost for Syrian armed groups opposed to Syrian President Bashar al-Assad, Russia’s ally.

A possible Turkish operation would be carried out with the support of the Syrian National Army (SNA), a coalition of moderate and hard-line Syrian rebel factions backed by Turkey operating in northern Syria.

The increasingly heated rivalry between Iran and Turkey was thrust into focus earlier this month with the reported capture of alleged Iranian spies in the eastern Turkish city of Van some 100 kilometers (60 miles) from the Iranian border. The Turkish Anadolu news agency reported on Oct. 13 that police had uncovered an Iranian spy network in September that was plotting to abduct a former Iranian soldier living in Turkey. As one Turkish expert on Iran told Al-Monitor, the belated news of the spy bust is probably related to ongoing tensions and mutual military drills in the Caucasus. Fehim Tastekin writes that “bilateral tensions over Iraq and Syria have been steadily expanding to the Caucasus since last year’s war between Armenia and Azerbaijan."

Breast cancer is the most common form of cancer among women in the Palestinian territories, accounting for 31% of all female cancer cases. But for patients who have undergone mastectomies, reconstruction surgery remains taboo. Mervat Ouf reports that breast augmentation and reconstruction are relatively rare in the Gaza Strip, a result of the social stigma and the high cost of surgery in the impoverished enclave. But doctors like Wael Weshah, who performed Gaza’s first breast reconstruction in 2018, are working to erase the stigma.

Teams of wheelchair-bound Palestinians took part in a local basketball tournament in Gaza City this month after an 18-month suspension due to the COVID-19 pandemic and May conflict between Israel and Hamas. For Gaza-based athletes with physical disabilities, accessing international tournaments is made difficult by Israel’s travel restrictions at the Erez border crossing and the long wait times at the Egyptian-run Rafah crossing. To learn more about wheelchair basketball in Gaza, check out the video below. 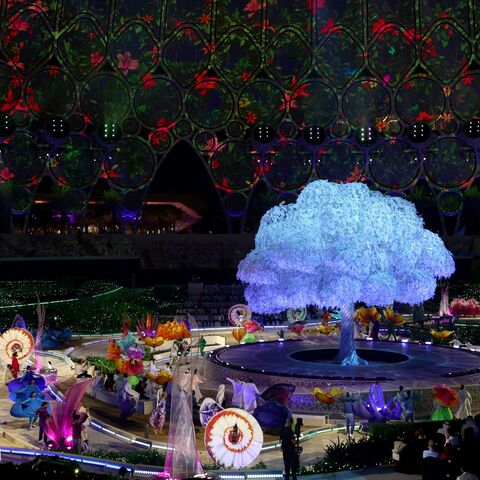 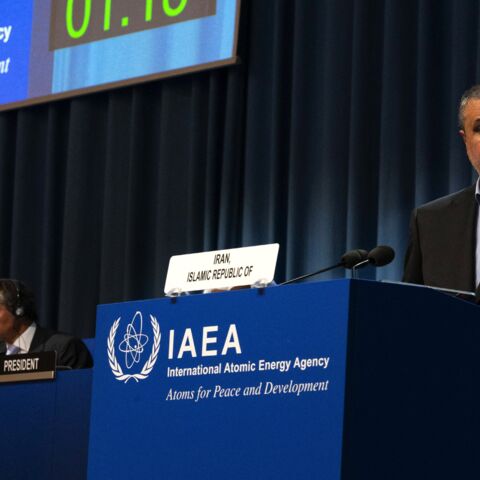