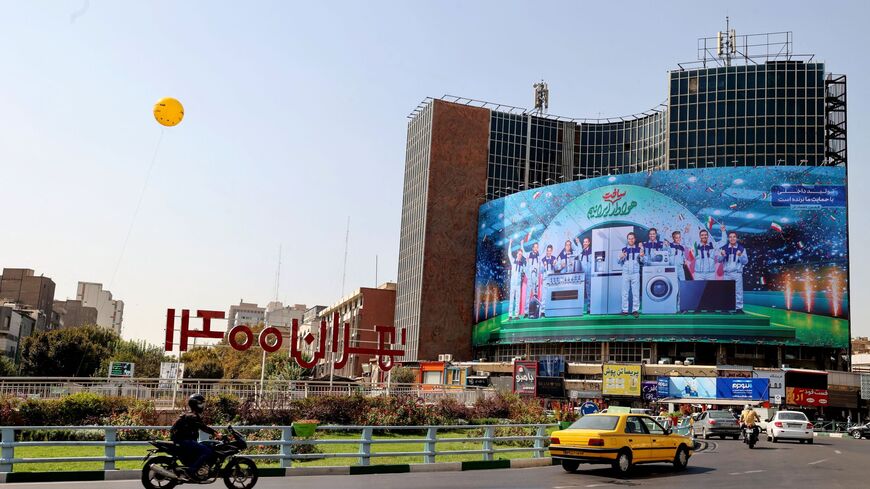 A polling company released survey results Monday on Iranians’ views of the economy, the United States and more.

The Toronto-based IranPoll conducted the poll with the University of Maryland’s Center for International and Security Studies. The data was gathered between Aug. 30 and Sept. 9.

Many Iranians blame the country’s woes on mismanagement on the part of Islamic Republic authorities. One example was the July protests in the southwest Khuzestan province against poor access to drinking water.

Nearly 75% of people said the economy was bad, with 54% describing it as very bad. On the other hand, 54% said that they expected the economy to improve somewhat in the next three years.

Iran's economy is struggling at present, and the issue was a major focus in the June elections, which led to Ebrahim Raisi’s presidency. In addition to corruption, the economy has been hurt by the COVID-19 pandemic, sanctions and falls in oil prices.

Biden indicated a desire to improve relations with Iran upon becoming president in January, after the countries were openly hostile under former President Donald Trump. He has focused on rejoining the Iran nuclear deal, officially known as the Joint Comprehensive Plan of Action (JCPOA). The deal removed international sanctions on Iran in exchange for the scaling back of its nuclear program. Trump withdrew from the JCPOA in 2018 and reimposed harsh sanctions. Indirect talks in Vienna this year have so far failed to yield an agreement.

Russia and China have historically had friendly relations with Iran, and both remain part of the JCPOA. Saudi Arabia is a historic rival of Iran, and the two back opposite sides in the war in Yemen. At the same time, the two have been holding bilateral talks this year aimed at repairing ties.

The poll’s findings demonstrated a lack of enthusiasm on the nuclear deal. Around 73% of people said their view mostly resembled the following the statement: “The JCPOA experience shows that it is not worthwhile for Iran to make concessions, because Iran cannot have confidence that if it makes a concession world powers will honor their side of an agreement.”

Finally, the pollsters asked about the Taliban in neighboring Afghanistan, and more than 88% of the respondents gave an unfavorable rating of the group.

Iranian politicians are divided on how to deal with the Taliban, which seized control of most of the country in August amid the US military withdrawal. Conservatives favor a warm approach to the group. Reformists want to support “resistance” fighters in Afghanistan’s Hazara Shiite community, which has historically faced oppression under the Taliban’s strict Sunni Islamist rule.